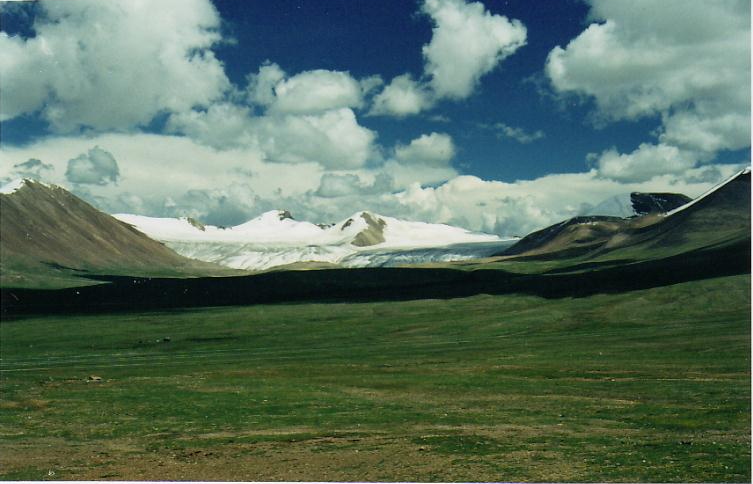 A heavy silence replaced the motor’s shake and grind. Metal ticked softly in the disconnected dead of night, and the side wall of the bus was cold to the touch. I struggled out of my plywood bunk and climbed over baggage and sleeping bodies to take a piss outside the front door. Suddenly lightheaded, on the edge of passing out, I stumbled back to my bunk where I shivered in a panting heap. Then the nausea struck, and I slid back the window to dry heave into the dark.

Trapped at the crest of the Tanggula Pass (5,231 meters above sea level, the highest point on the road to Tibet), the rest of that night was a patchwork of semi-conscious dream interspersed with fragments of half-remembered reality. The blackness was rent by jagged lightning bolts that crackled across the sky and strobe lit the barren moonscape, burning painful afterimages on my eyes that lasted for several seconds. The storm engulfed us as it worked its way across the plain. The flashes from the ground strikes and the thunder were simultaneous. They shook the bus and the air smelled scorched. No one spoke in the silence between explosions. There was only the hiss-gasp of passengers sucking on oxygen canisters in the dark.

Day brought the sort of light that thrusts daggers into the aching cavern of your mind. The throbbing haze of altitude sickness gripped me behind the eyes and churned my stomach. My breath was shallow and my heartbeat fluttered in the rarefied air. Outside the grime streaked window, snowcapped peaks towered above the road and glaciers swept between the crests to drip muddy rivers to life. They swirled brown like chocolate milk, etching shallow tracks into the barren plateau.