The journey from Managua to the port town of Bluefields on Nicaragua’s remote Mosquito Coast takes place in two phases: the first a teethrattling ride in a dustchoked bus down the only jungle road. At the road’s terminus, the lost town of Rama, you must throw your lot in with the Rio Escondido as it seeks communion with the sea.

The engine pulses and shudders through the flaking steel deck as the boat parts slowly from the broken wooden pier. Bags of concrete sit in a dusty pile on the aft deck. The hold is stuffed with sacks of fruit and the lounge with Nicaraguans chatting happily over the too-loud TV.

I make my way to the quiet of the open roof to stretch out in the pre-dawn cool. A damp rotting smell of vegetation tints the air. As we near the estuary, this will change to the tidal smell of mangroves; but that’s still hours away, almost a day. I sip from a coconut and a book alternately. Even after the sun comes up, the breeze on the roof provides relief from heat that holds a smothering pillow over my nose and mouth.

Morning brings the river slowly to life. A dugout canoe loaded to the waterline with bananas and an Indian family pushes into the current. A cluster of stilt houses slips by, then another. The settlements become more and more intermittent until there is only jungle and the winding mud brown river. 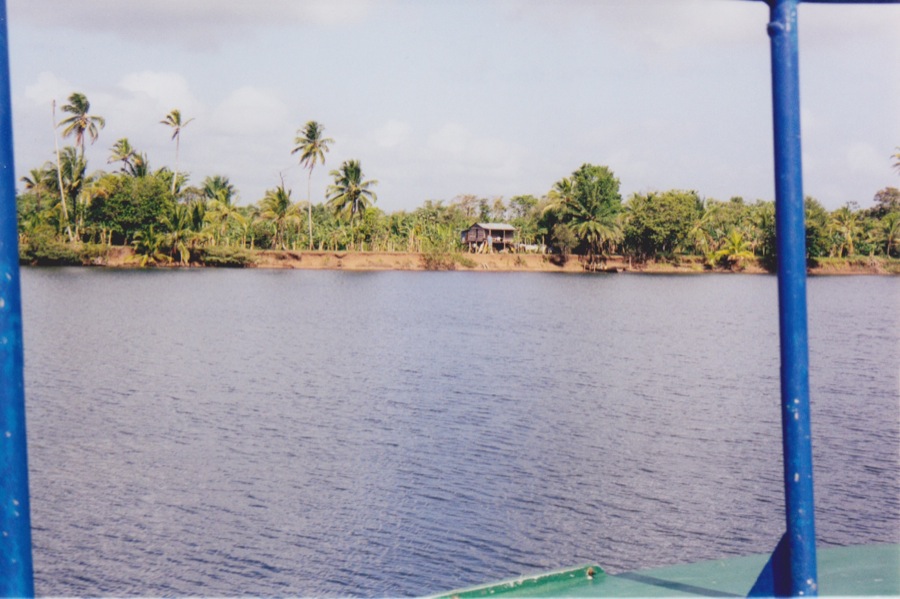 Hours later, I climb down to the galley window and bring back a pile of fried plantain nestled in a damp, warm banana leaf. I unwrap it and eat slowly, watching the deep green of the jungle–now closer, now farther as the river winds. A shrill monkey screech echoes from dark depths beyond the tangled shoreline, hinting at unseen faunal abundance.

We carefully swerve around a shattered, half-sunken relic poking redstreaked metal arms into the channel. Another settlement passes by: a sorry accumulation of makeshift shelters, rusting corrugated roofs and mud. Unpainted wooden houses, two-roomed, small and square, sit at the edge of the riverbank on high stilts, closed up against the heat. A handful of others sit in the middle of a little garden of yucca and bananas. The jungle closes in again, and it’s as though they never existed. 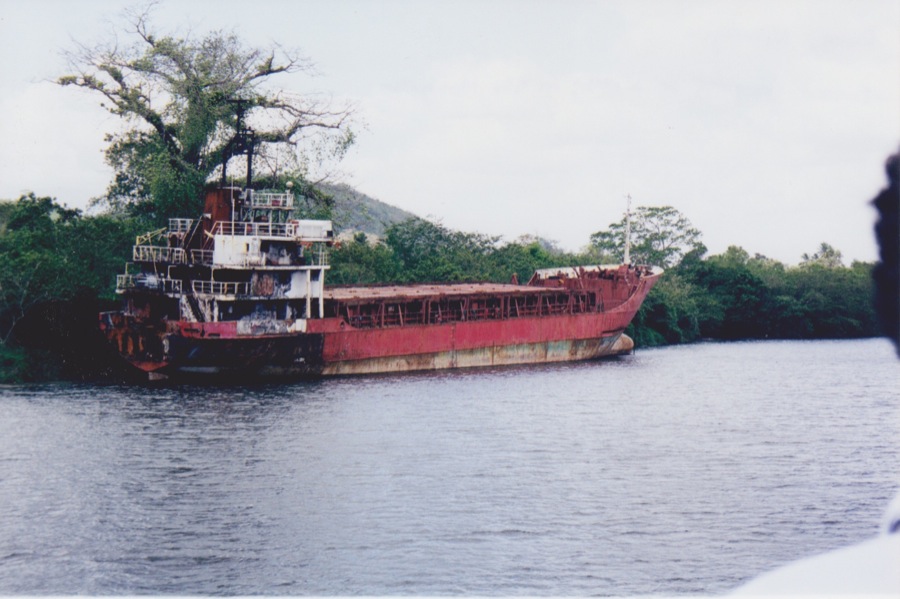 River travel has a rhythm all its own. It’s speculative: my thoughts flow and surge, drawn along by the current to the relentless slow throbbing diesel beat. It’s less predictable. Timetables don’t matter, and so the clock has less hold. My mind is free to wander like the murky river I ride.

Of course this applies only to slow boats. I’m not talking about speedboats that rush backpackers from site to site, crammed in like sheep, prisoners of an agenda. True river travel is the realm of half broken down scows, double deckers with tired clanking engines and flaking paint.

River travel is the opposite of hurry.