Vagabond Dreams Outtakes are “deleted scenes” from my book. Think of them as a “Special Features” disc of outtakes and curios. This incident took place in the highlands of Guatemala… 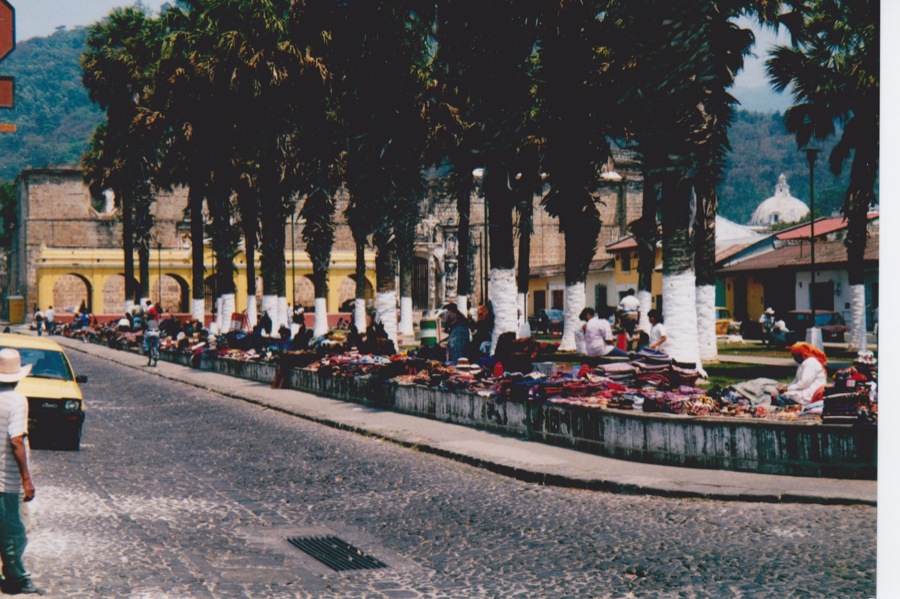 Within days I had become a regular in the Parque Central and the vendors left me alone. But on the day of my arrival I was constantly assailed. Most went away after two or three polite “Non, gracias.” One didn’t.

I was reading John Steinbeck with my legs stretched out in a patch of sunlight. I wasn’t bothering anyone; I just wanted to be left alone. The old Indian woman spotted me from a distance and circled in like a hungry shark.

“What do you want to buy?” she asked, thrusting her aggressive presence into the sanctuary of my silence.

She kept on talking as though she hadn’t heard, chattering incessantly while squatting on the ground to empty the contents of her basket on the stones between us.

“Look at these blankets. Look.” She unfolded several, held each one up, and dropped it onto a growing pile. “A hat then. A small statue. Buy something!” I kept shaking my head no, and then I finally went back to my book, ignoring her completely. I was too polite to simply tell her to fuck off, and so she continued her tiresome monologue, pausing only for breath.

“Something for your mother then. For your wife.” She’d sunk to new depths, appealing to a Latin sense of reverence and guilt that I didn’t possess.

The simplest thing would have been to get up and walk away, to find another bench. But I was comfortable there. I’d done nothing to deserve this. I’d been polite. Her incessant badgering was the worst tactic she could have tried on me. It only made me more obstinate. I was determined to hold my ground.

“Make me an offer! Buy a shirt, a necklace.” She shoved them in my face with meaty, wrinkled hands. I brushed them aside and continued to read, but I could feel the annoyance bubbling up inside me.

A young girl passing by paused to show me her basket.

“I’ll buy that bracelet,” I said, pointing at one of the many draped over her arm. I didn’t bargain. I didn’t ask the price. I simply handed her the money. She smiled and thanked me, then walked away. 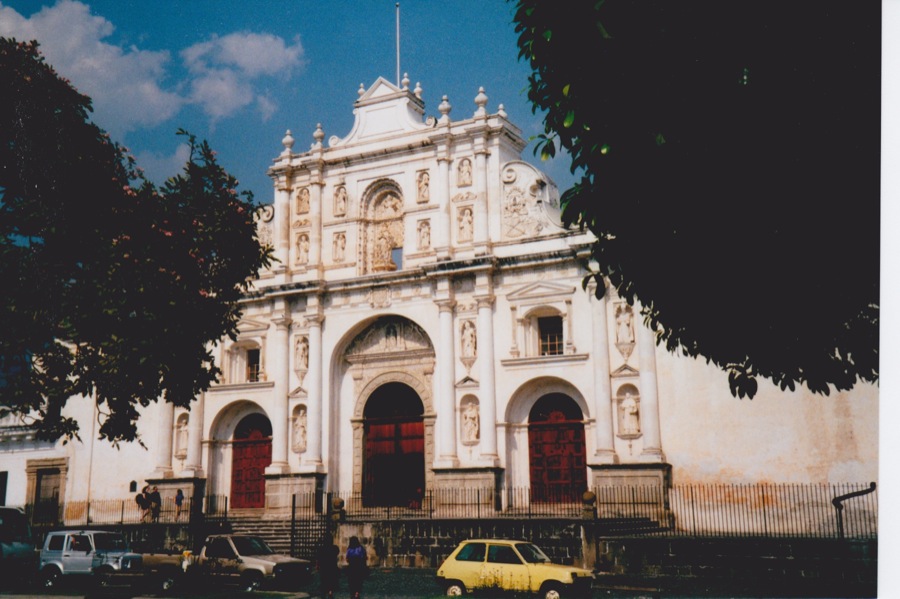 It had just been an impulse. The girl was pretty, and I appreciated the politeness of her approach in contrast to that of the bullying old hag. But I’d also done it out of spite. More than anything, I hated being told what to do. That fact had probably been responsible for most of my high school suspensions. Tell me that I “need” to do something and I’ll resist it to the bitter end, even if it’s in my best interests. I hate to be confined.

The old woman watched this transaction in shock. When it was over, she exploded.

“Buy something from me!”

“I don’t want anything. I’ve been telling you that for twenty minutes.”

“You bought something from her!” She pulled at her hair with both hands, and for a moment I thought I’d fallen into a Greek myth. “You have to buy something from me! I showed you all this stuff!”

She’d gone and said “have to.” My resolve was absolutely sealed.

“I didn’t ask you to show me anything,” I said, looking directly into her greedy eyes. “You shoved it rudely in my face.”

At that moment she realized she had lost. Silence. Glacial cold. She thrust her shirts and blankets into her basket with punches of frustration, and then paused to shoot me an icy glare.

I smiled sweetly, using kindness to get in one last dig. She set her back rigidly upright, turned slowly, and stalked away.

I saw that old lady again several days later, using the same belligerent tactic on other new arrivals. They always gave in to her incessant badgering, simply to get rid of her.

Age is just as wicked as youth, and we are all capable of being thieves.