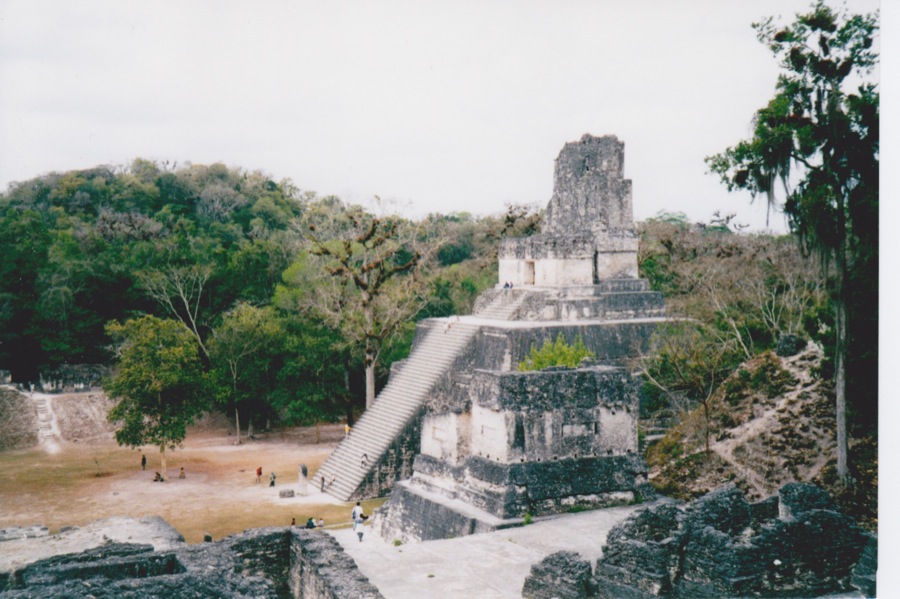 The Mayan world occupied the upper third of Central America, from the baking jungle flatlands of the Yucatan Peninsula (present day Mexico, Belize and the Guatemalan Petén) to volcanic highlands stretching as far south as Copán in Honduras.

Mayan civilization was not an empire, but a loose collection of entities that shared a common cultural background. Large centers of power like Tikal, Copán or Chichen Itza were comparable to the city states of ancient Greece, and these great agricultural centers were the focal points of Mayan culture.

At its zenith, the Mayan civilization represented one of the most densely populated and dynamic societies in the world. The Mayans were responsible for the only fully developed written language of the pre-Columbian Americas, and they continue to fascinate us with their art and monumental architecture, as well as their sophisticated systems of mathematics and astronomy. But nothing fascinates us more than their demise. What accounted for the stunning collapse of their civilization? Was it an ecological disaster, a catastrophic event, the collapse of trade routes, or a peasant revolt? Many theories exist; none has been conclusively proven.

Though their society collapsed, the Maya did not entirely vanish into the mists of time. Mayan peoples and their descendants remain to form sizeable populations in contemporary Mesoamerican societies, and Mayan languages continue to be spoken. In mountain villages and flatland jungle towns throughout northern Central America a slender, fragile thread of life still stretches back through time, providing a blood red connection to the monument builders of old.

Exploring those Mayan worlds was a bit of a pilgrimage for me. As a child I haunted library books with cutaway illustrations of castles and pyramids. I became obsessed with Easter Island. I didn’t care for dinosaurs; I needed something with a dream attached, the echo of someone’s all-consuming desire. I gloated over the unexplainable. I sought not theories, but mystery. Dark corridors. Ancient stones hewn carefully by hand. The musty smell of centuries. But my country had none of that. Those places where stories were contained in crumbling stones were entire continents away. Perhaps that’s why I yearned for them. I’ve always dreamed of the inaccessible. In time. In place. In love.