This is the seventh in a multi-part blog on North Korea. You can find the others here

When I got back to Pyongyang it was gray and overcast and just beginning to drizzle. I shook of my bus daze as we drove through the city’s silent streets.

Our minders took us directly to the circus.

Outside our private entrance, a group of Koreans practiced marching in the empty parking lot. Drill instructors ran beside them, yelling to get their legs up higher, and sometimes hitting them with sticks. 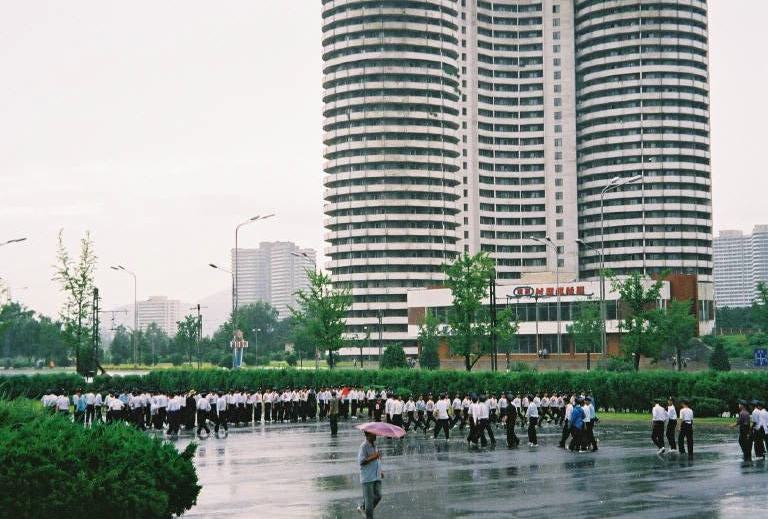 We had a brief encounter with the North Korean elite while we waited to go inside. It was the only time we would come into contact them. A black Mercedes slid up to the side entrance and the driver jumped out to open the rear door. A couple stepped out, dressed in designer clothes and carefully made up, seemingly more at home in the fashionable streets of Beijing than in the coarse sackcloth of labourer’s Pyongyang. But what struck us most was the child. He walked by with his nose in the air, reeking of superiority, as though he didn’t notice us at all. Contempt had been bred into his bones, and it oozed from him. Next to the Lacoste crest on his shirt was the pin of the Leader that every North Korean must wear. They were immediately whisked inside, no doubt to an elegant private box. These are the people who are soaking up the aid money the Dear Leader accumulates with his nuclear blackmail schemes, while the rest of the country starves. 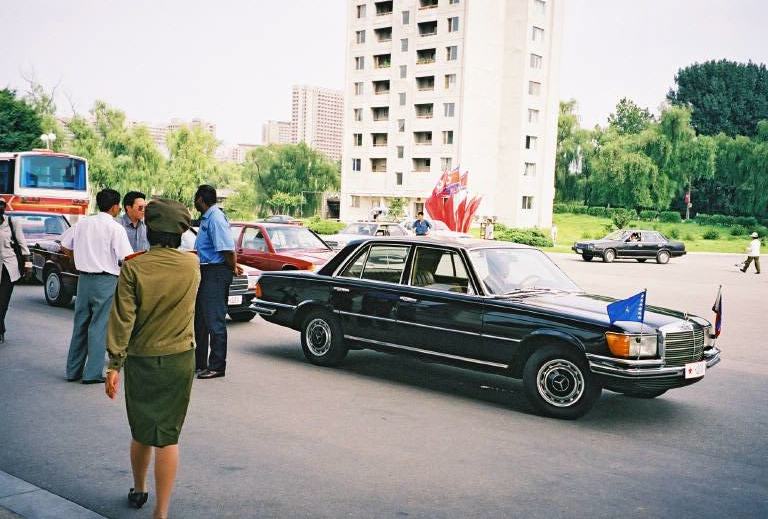 In the basement of the building I found a large washroom with marble walls and shiny chrome fittings. When I went to wash my hands no water came out of the taps. Our minder didn’t look surprised. It was a metaphor for everything I saw in Pyongyang: surface elegance, but underneath it’s all broken down. An empty façade, like the false front of a main street Old West town, but concealing a more sinister illusion.

When we finally walked into the crowded circus to take our seats, every single head in the place turned to stare at us, and conversation completely died out. Each scuff of our shoes or squeak of our seats seemed to carry through the entire building. It was a reminder of exactly how isolated we were in the country, and just how rare our visit was at the time. 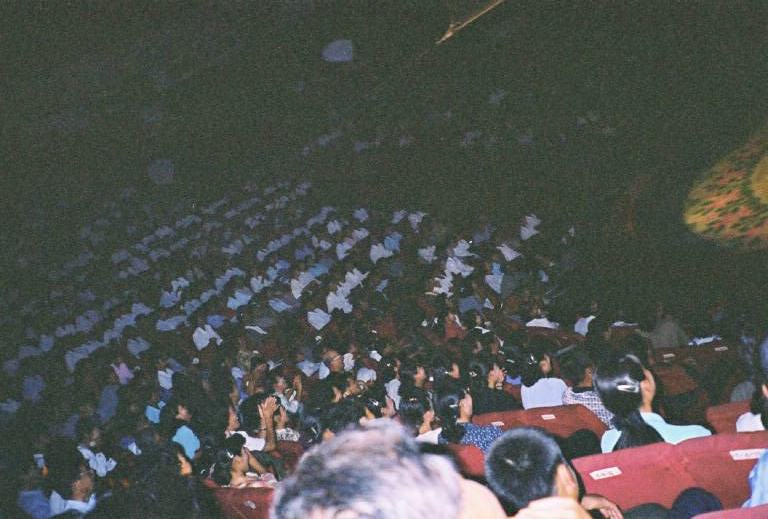 I was fascinated to watch the reactions of the audience to the performance—it was as mesmerizing as the show itself. I got the sense they’d all been there many times before and knew exactly what to expect. They laughed uproariously in all the right (acceptable) places, and many of them even seemed to be relaxed. It was such a contrast to the dour unsmiling faces I saw in the streets each day. Perhaps in the anonymity of the circus they could let their guard down, if only for a while. 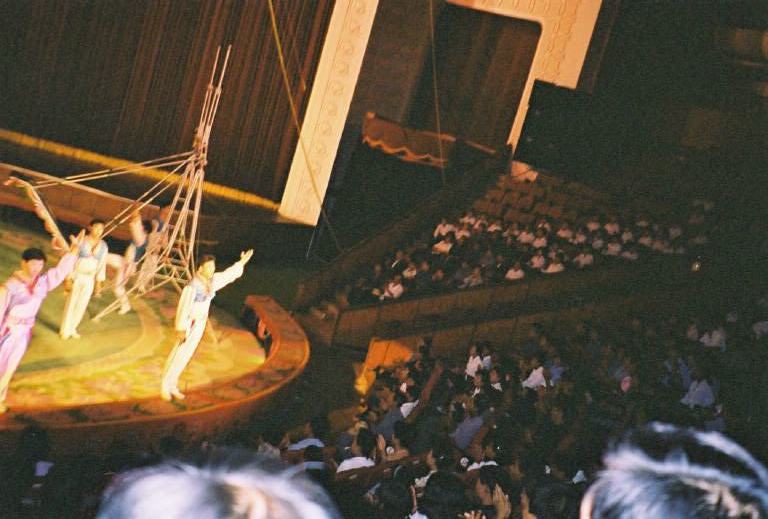 Besides going to the circus, it seemed there was very little for people to do in whatever free time they might have had. There was a theatre, and North Korea makes movies, but the themes were invariably about the revolution or the Korean War. There were also two state television channels, but when there was anything on it tended to be the same sort of thing, or rebroadcasts of famous speeches by Kim Il-Sung. Not exactly the best way to unwind from a day of hard labour.

Then again, unwinding didn’t seem to be a priority. When the work day ended, the North Koreans were obliged to attend things like mandatory marching practice, militia training, self-criticism groups, or ideological study groups. There was no relief from the constant indoctrination. Brainwashing was a way of life, and it formed the totality of their world. It even started getting to us. 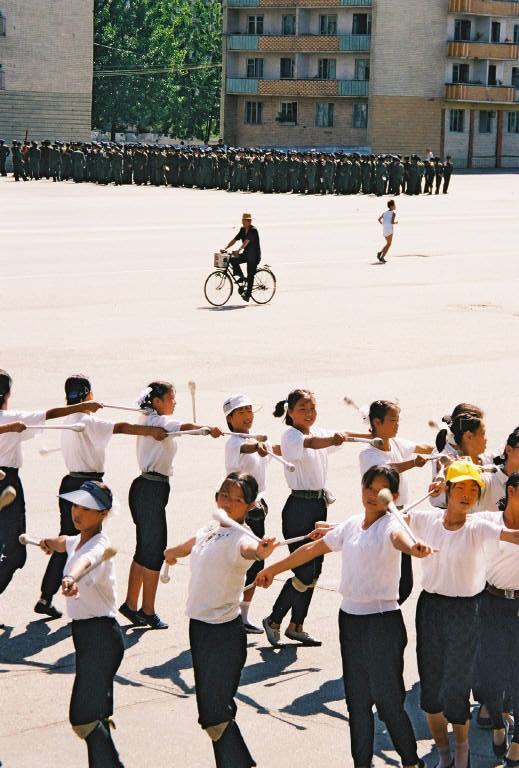