This is the eleventh in a multi-part blog on North Korea. You can find the others here

It took me nearly a week to realize why Pyongyang felt so much like a stage set. It wasn’t just the marble monuments and the enormous public buildings, the empty ten-lane streets and the weird scarcity of people. It was the almost total absence of shops. In all our bus rides through the city, I’d seen nothing to suggest that people actually lived there.

I did see the odd place that looked like a store, with a plate glass window and display shelving, but they were always dark and empty. And I never once saw a restaurant. Restaurants must have existed for the elite, but no signs marked their location and they weren’t advertised.

As travelers, this robbed us of a staple window into that place. When wandering alone I tend to ditch tourist sites and guidebook highlights in favour of grocery stores, cafes and small shops. Shelves stocked with strange products tell me more about the physical and emotional appetites of a culture than an airbrushed museum ever could. Watching the flow of life ebb and surge through a café or down a street gives me an immediate sense of how a culture views space, how they interact with each other, and which small details of life they see as important.

Because Pyongyang was bereft of shops and other natural gathering places, we were forced to interpret its people through cold stone of monuments and the tedium of propaganda. We voiced these concerns to our escorts, and though they were confused by the mundanity of our request, they agreed to pass it along.

Two days later they announced that our request had been approved, and we pulled up in front of what our minders referred to as a ‘local’ bookstore. But the books were in English or other foreign languages, with only a small Korean language section next to the door. The shop obviously existed for the benefit of Pyongyang’s small number of resident foreigners—embassy and aid workers—and its even scarcer visitors, though I can’t imagine how desperate you’d have to be to want to read anything by the Great Leader. 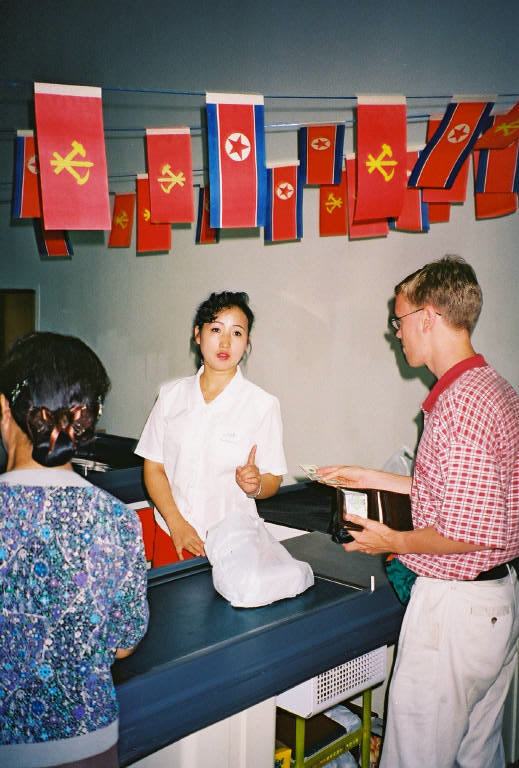 As the week dragged on, we kept asking to be shown some aspect of day to day life in North Korea—a place where residents shopped, not a place designed for foreigners. They finally agreed to show us a supermarket. When we walked in, I was immediately surprised by the number of goods on the shelves. I’d expected scarcity. It wasn’t crammed like the shelves in the West; the goods were more sparsely laid out, but there didn’t appear to be shortages of anything. 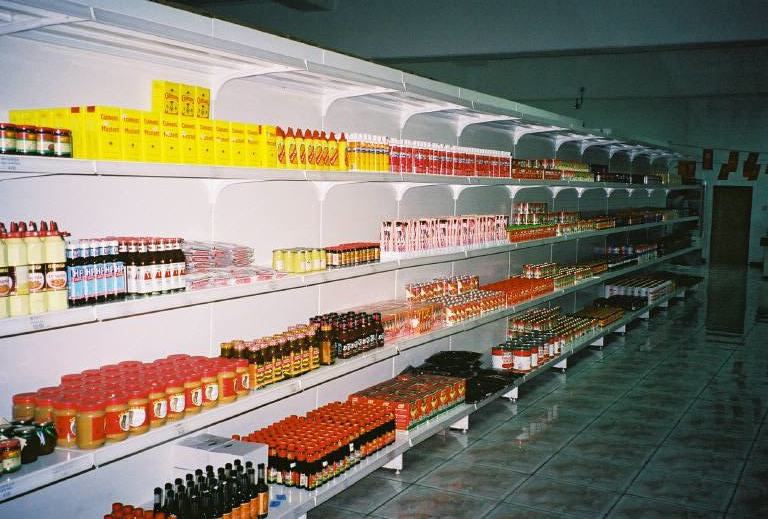 On closer inspection, I discovered that every single item was imported from Argentina. A foreign aid worker from Scandinavia who happened to be shopping in one of the aisles filled us in. Apparently the store was run by an Argentine businessman as a joint venture with the North Korean government, and it was where the North Korean elite and resident foreigners shopped. 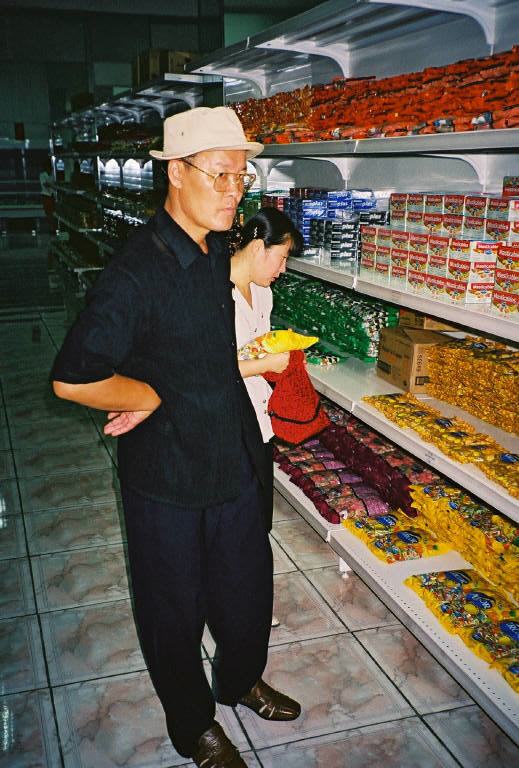 This obviously wasn’t what we were hoping to see. But perhaps there really was nothing to show us. I suspect that for the rest of the population there are no shops. The rest survive on government rations, and on what little food they’re permitted to grow for themselves.

The Scandinavian aid worker also told us she had freedom of movement within Pyongyang, and was allowed to drive her own truck. However, she couldn’t go outside the city without an escort, and permission was difficult and time consuming to obtain. The entire time we talked she spoke in a low voice, looked around often, and was very careful in her choice of words. Thanks to her we were given an authentic glimpse into life behind the walls, so our stop there wasn’t a total loss.

The supermarket obviously didn’t meet the terms of our request, and so as a last resort our minders made a brief stop at a shopping mall. It wasn’t what we in the West would think of as a shopping mall—more like a four-story department store in a nondescript gray building. But it was obviously where upper caste North Koreans shopped. (As for the elite, they typically fly to Beijing.)

The shelves were somewhat bare and unusually stocked, with the strangest items laid out side by side. One section featured items as disparate as food, tools, a circular saw blade (but no saw), clothing, sports equipment, and fake Rolex watches, all placed side by side and spaced carefully to give the illusion of abundance. 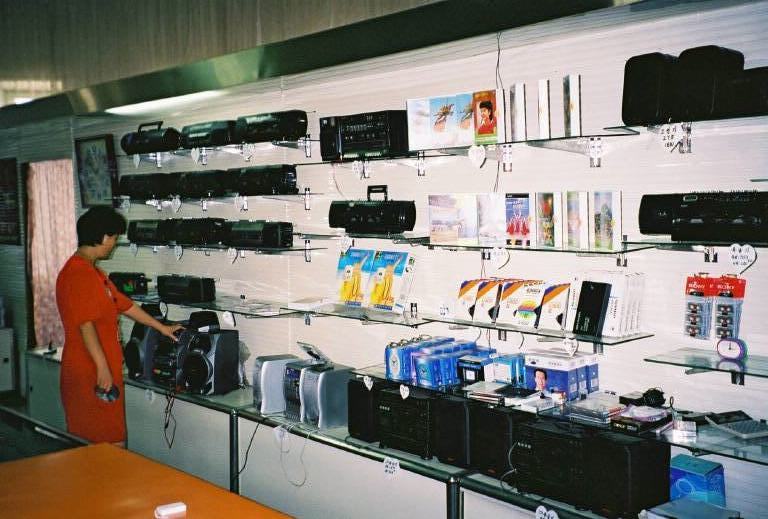 With each of the products, one display item was set out on top of a stack of boxes that presumably contained identical items. Things are never as simple as they appear in North Korea, however. While browsing the music section I saw four harmonica boxes sitting beside some other instruments in a glass case. I asked the attendant if I could see one of the harmonicas. She opened the boxes one after another, but they were all empty.

It felt like I’d punched another small hole in the façade.