This is the tenth in a multi-part blog on North Korea. You can find the others here

Any propaganda tour of Pyongyang is bound to include a visit to the American spy ship Pueblo, captured by North Korea in 1968. To most people 1968 is ancient history, the distant past. But the North Koreans are still gloating over it and the international incident it caused. 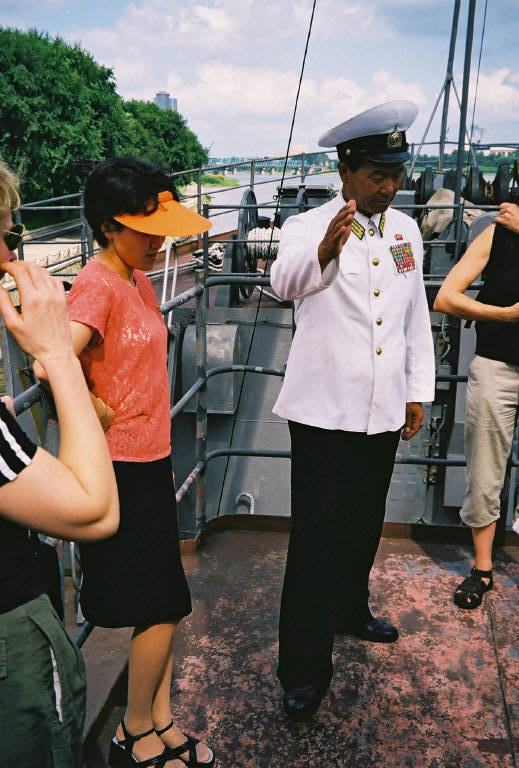 Our site guide was a grizzled old campaigner with a chest full of ribbons, apparently one of the three North Korean soldiers who actually boarded and captured the ship. He escorted us around the vessel, pointing out ancient electronics equipment, maps, empty weapons racks, and documents which included photos of the captured crew and blown-up copies of their signed confessions (which, from my reading at least, didn’t seem to admit to much of anything). Places where the Pueblo had been hit by North Korean small arms fire were circled in bright red paint.

The old soldier described the entire boarding operation in minute detail, with vividness and immediacy, as though it had all happened yesterday.

We then had to watch a video showing old international news footage voiced over with anti-American diatribe, proving that then-President Lyndon Johnson first denied the Pueblo’s spy mission and was later forced to admit to it. America maintains that the ship was in international waters at the time of its capture. As for me, I’m not taking any sides on this one. I’ll leave you to look up the details and decide for yourself.

After 40 minutes of virulent anti-American propaganda, we turned to the old soldier and said, “Thank you very much for the tour. Here are some American cigarettes.” He accepted them happily.

From the Pueblo we were taken to an enormous eight story public building called the Children’s Palace. As with all government structures, its interior was sheathed in marble and lit by elaborate chandeliers.

The Children’s Palace is where kids go to enjoy “voluntary” extra-curricular activities. 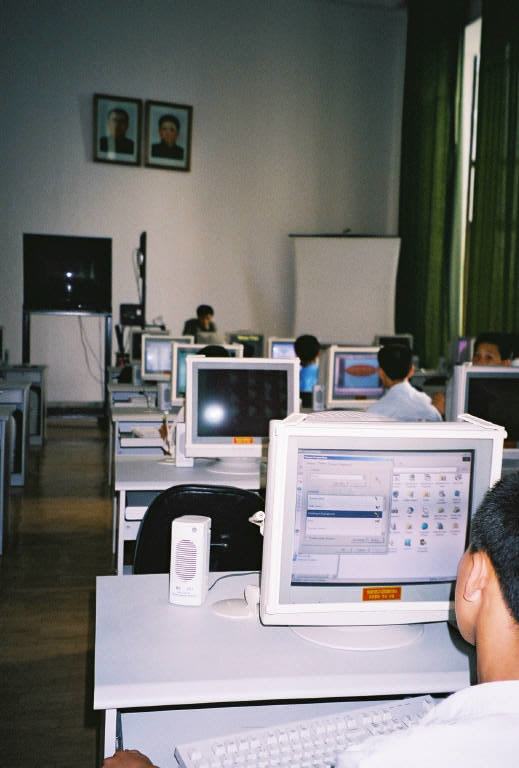 We passed through room after room where groups of children studied things like embroidery, painting, calligraphy, traditional dance, singing, and traditional Korean musical instruments. The computer lab was filled with the latest PC’s, running software newer than anything I’d seen in Japan at the time. Our minders tried to usher us through quickly, but I lingered for long enough to see that the screen displays were all in English, and the kids were just clicking randomly with the mouse. They didn’t actually know a thing about computers. Like government workers everywhere, they’d been instructed to sit there and look busy.

At the conclusion of this tour, we were led to a large concert hall on the first floor to watch an “informal” show put on by the children. It was nothing short of incredible. They had full stage lighting and sets, an orchestra, and water fountains. It rivaled any professional show I’ve seen in Canada. They sang like opera stars, played a variety of Korean instruments and danced—of course the themes were mainly revolutionary, but this didn’t take anything away from the sheer spectacle of their performance.

As if on cue, the event hit a creepy patch when they came to the obligatory song dedicated to the Leader. Old video footage of Kim Il-Sung among the people flickered across the background, and whenever he made an appearance the Koreans in the audience burst out in applause. In the grand finale, the singers turned toward his image, one hand on their hearts and one outstretched, singing “Thank you” with tears of joy streaming down their faces. (Thank you for what, exactly? For turning them into slaves?) 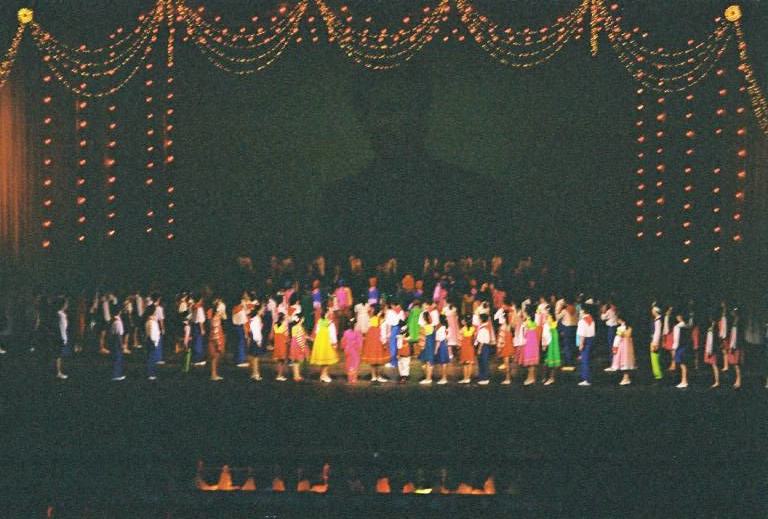 At least the Great Leader came across as warm and friendly in his videos, and with a touch of charisma. The next song was devoted to the Dear Leader Kim Jong-Il. Very little video footage of him exists. This was projected on the screen, as well as the same four or five old photos I’d seen on bulletin boards in all the hotels. Without fail he always looked ill at ease and slightly maniacal.

Throughout the entire one-hour performance I had to keep reminding myself that these were just children. The strict discipline and rigorous training necessary to achieve such a level of skill must have been Spartan indeed, and I’m pretty sure it wasn’t voluntary. I suspect it’s the same as athletics in any totalitarian country. Those who demonstrate an early aptitude for sports are shoved into it from a young age and forced to train relentlessly as their duty to the Fatherland. Yet another example of how personal will and individual dreams are swallowed up for the glory of the nation. In the DPRK even childhood is expendable. 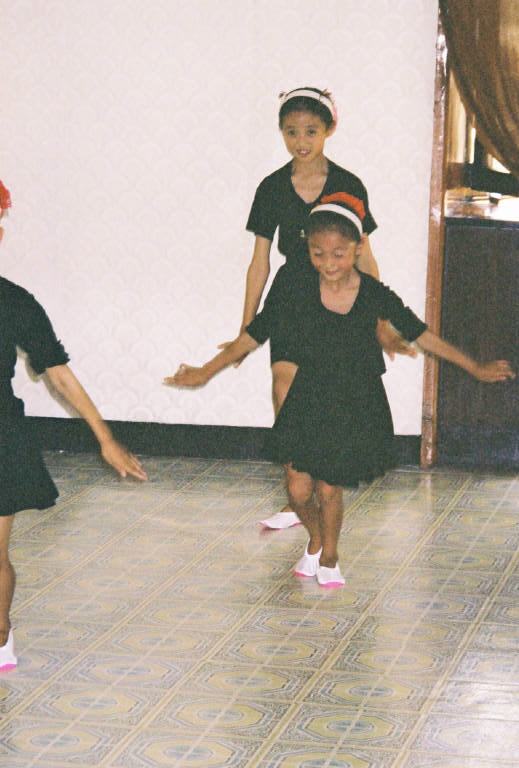