This is the twelfth in a multi-part blog on North Korea. You can find the others here

Our escorts chose National Liberation Day—the holiday celebrating Korea’s liberation from the Japanese occupation of the Second World War—to make our obligatory visit to the Grand Monument on Mansudae Hill. There were a lot more people than normal in the streets of Pyongyang, and the sun blazed down with a festive vengeance. 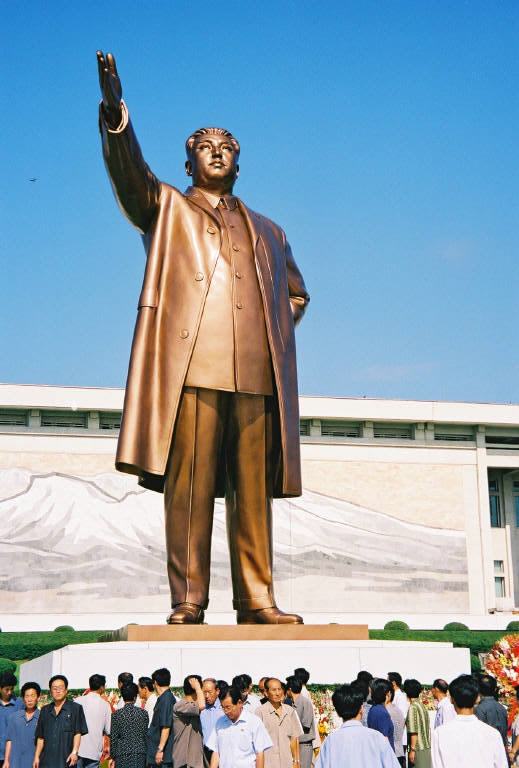 The Grand Monument is the famous gold-tinged statue of Great Leader Kim Il-Sung that towers over the city. He stands gazing off into the distance, his hand indicating the way ahead for the Korean people, the Juche way of prosperity and self-reliance. Nearby I saw a man pulling up grass and stuffing it into a cloth sack. I wondered if he was planning to eat it. When the food crisis was at its worst, the government printed books on how to use such things as grass for food. This coincided with the cheerful “Let’s eat only two meals a day!” campaign. Somehow I doubt that the corpulent elite participated in that one.

All visitors to North Korea are expected to stop at the Grand Monument to place flowers in a show of respect to the Leader. I’d been told this before I entered the country, and I wondered why they hadn’t brought us on the first day. This holiday was the obvious reason—they’d been saving it up.

One of my colleagues placed the bouquet for our group, and we lined up to give the ‘one-time bow‘ as instructed. No doubt the North Koreans extracted full propaganda value from the occasion, telling the local people that yet another group of foreigners has traveled here from afar to pay their solemn respects to the Leader, who is of course revered around the globe.

I was surprised by the number of North Koreans who were there and at other public monuments. I wondered how often residents of Pyongyang visited the place, if it was mandatory, and how often they placed flowers? 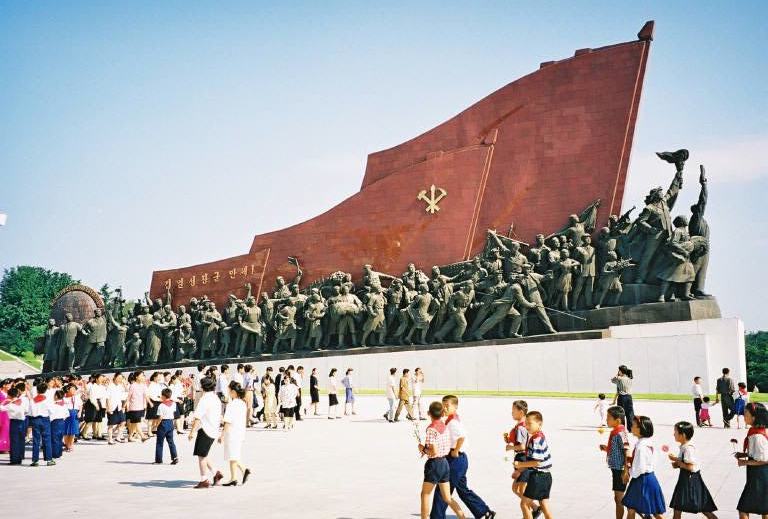 The Grand Monument is flanked on both sides by statues depicting war scenes, one showing the Great Leader valiantly at the forefront of the fight against the Japanese, and the other showing him bravely leading the fight against the Americans and their puppet stooges the South Koreans during the Korean War. It was a shrine on an enormous scale to his (manufactured) memory and his greatness.

What I find most disturbing about the entire thing is that the Grand Monument had been built more than 10 years before Kim Il-Sung’s death. Despite all his noble talk of self-sacrifice and living for “his” people, he was a full participant in the cult they built around him, and in his eventual deification.

Later that afternoon, our minders took us to a large park where local people gathered to celebrate the holiday. I have to admit I was a little surprised by this. It was the closest we’d gotten to actual North Koreans, and given the boisterous gathering and loose crowds, it was there that our escorts ran the greatest risk of us making unsupervised contact. The people in the park were more relaxed than those we’d glimpsed on the edges of tourist sites. They waved hello and smiled rather than glare at us with fear and suspicion.

Small groups gathered in circles on the ground, playing traditional instruments, eating and drinking. Dancing broke out with increasing frequency, and small crowds of onlookers formed around those blessed with the greatest talent. Good natured drunks staggered through the scene, spreading good cheer with breath that would stop a lion in its tracks. We strolled through the park at a relaxed pace with our minders. They even paused from time to time to translate for us when someone said hello. Of course it was nothing more than “hello” and “where are you from,” but it was the deepest level of contact we’d experienced so far.

At one point, half of our group paused on the margins of a crowd to watch some particularly good dancing. One minder stayed, while the other half of the group continued along the path with our other minder. It wasn’t difficult for me to take advantage of the confusion and drift off alone in the direction they’d gone.

I thought I’d made a clean escape, but a casual glance over my shoulder picked up our video guy—the suspected spy—quick legging it in hot pursuit. He was twisting through the crowd with a harried look, but I hit an open stretch and my legs were longer. I adopted my most naïve look and sped up until I lost him.

I eventually ran into the other group, but for a brief five minutes I was alone and unsupervised in North Korea. 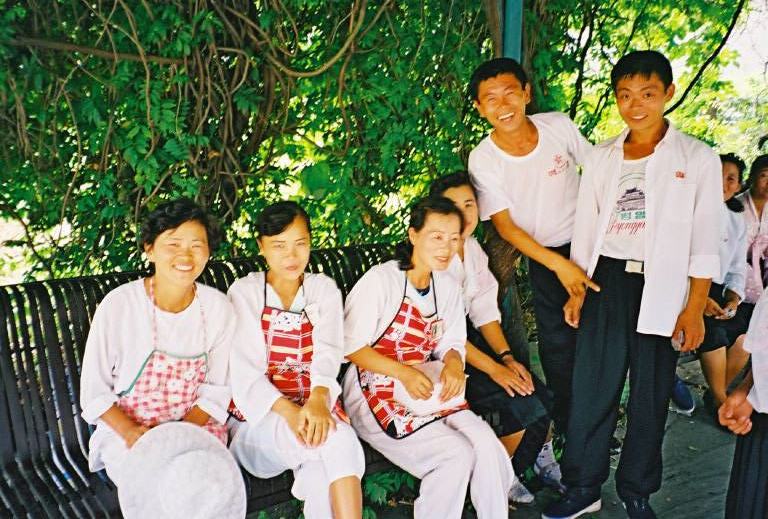 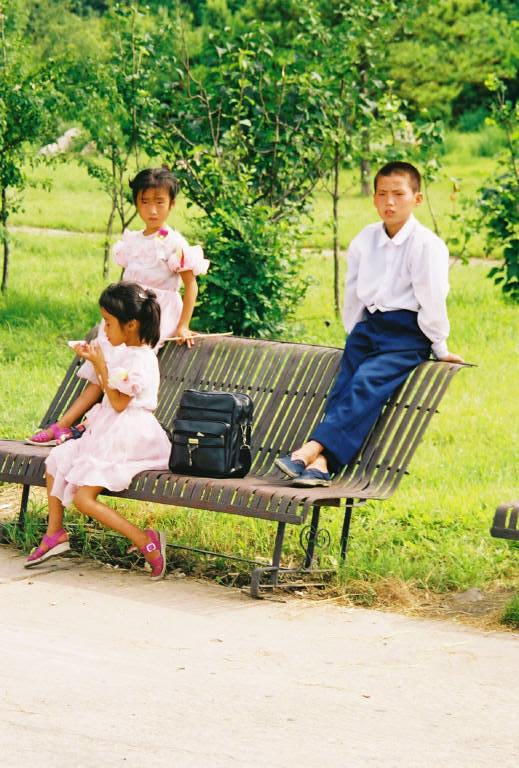