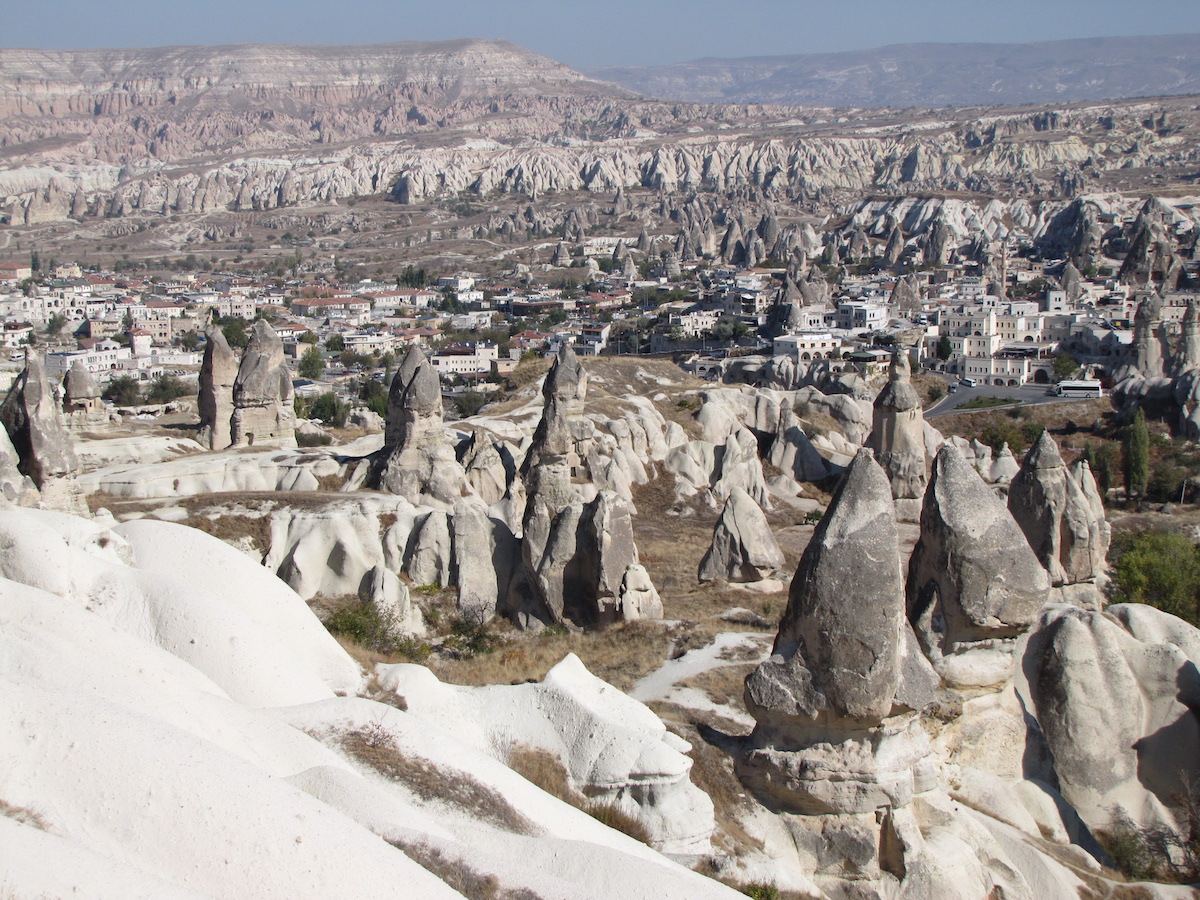 The theme of Cappadocia is Seclusion and Fear. Isolated by its arid emptiness, its people sought further seclusion by digging vast cities deep under the ground. They tunneled to escape invasion, military recruitment, and puritanical government attempts to control the distillation of raki. The rock is threaded by rooms in which thousands of people could live for 4 or 5 months without ever coming out. I wonder if they forgot the sky?