A journey through Wales is a walk through the landscape of my childhood imagination. It was like traveling through the fragments of dreams barely remembered, with a constant haze of deja vu hovering just over my shoulder.

My friends and I were driving to the town of Hay-on-Wye, site of a famous literary festival and home to more used bookstores than any other place on the planet. Conversation naturally shifted to books, and that’s when Detective John Wake pulled another one of his conjuring tricks.

“Did you guys know Baskerville Hall is in Wales?”

I nearly slammed on the brakes, and I heard photographer Simon Vaughan’s jaw hit the back seat and bounce off.

Simon and I were both avid fans of Arthur Conan Doyle’s Sherlock Holmes stories, and the Hound of the Baskervilles scared the bejesus out of me the first time I read it. Wales was proving to be one bizarre surprise after another. 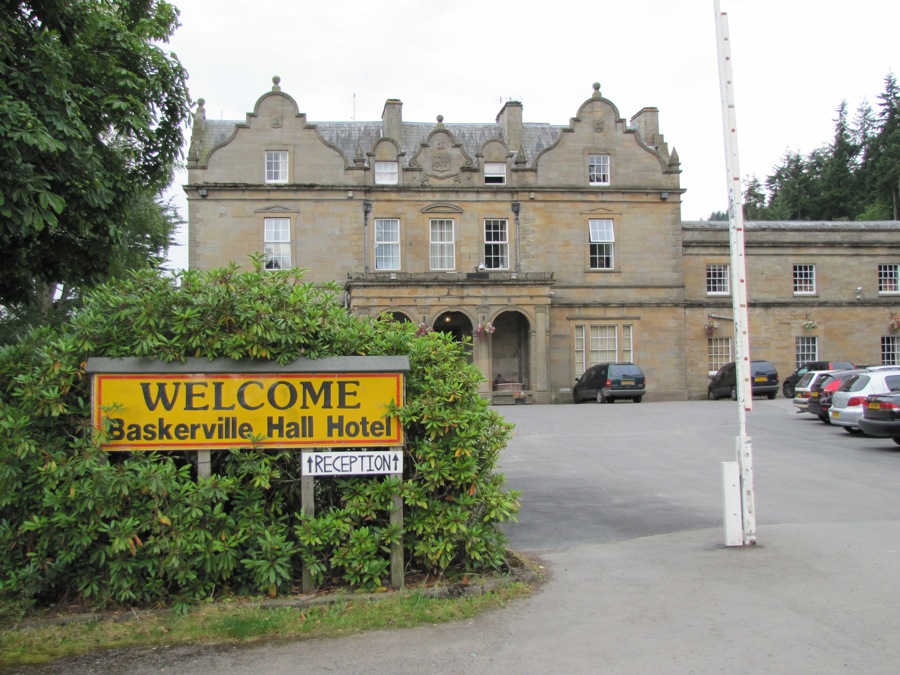 It didn’t take long to locate the gate. As we pulled in the long winding drive and made our way towards the manor house, Simon spotted a man walking a little white Yorkshire Terrier.

“My god, it’s the hound!” he cried, and a fit of giggling nearly sent us careening into a field of sheep.

Baskerville Hall has been transformed into a hotel, but the atmosphere could have been copied from the book. The coat of arms above the door showed a hound’s head with a spear driven through it, and blood dripping from the end. Inside, the massive double staircase and cavernous entry hall were true to Conan Doyle’s description. 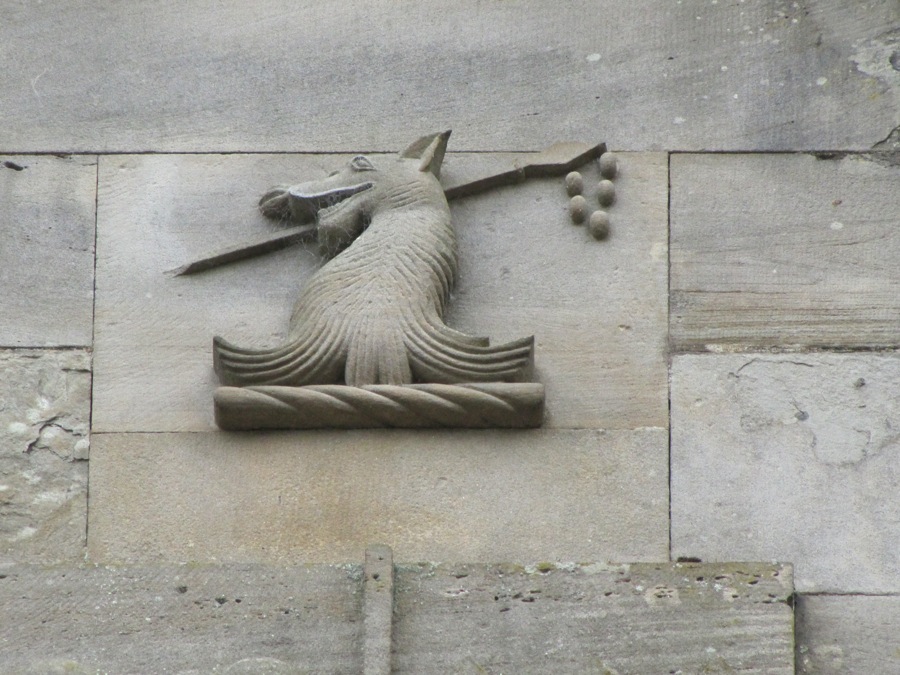 The author knew the Baskervilles well, and was a regular visitor to the house. He’d heard the family legend and built what is perhaps his darkest Sherlock Holmes tale around it. But the novel was actually set on Dartmoor in Devon—in England’s West Country.

“I’ve heard two different stories to explain it,” John said. “One was that the family asked him not to set it here because they didn’t want notoriety and uninvited guests.”

“If that’s the case, then why use their name?” I asked.

“Exactly,” he said. “It’s not very plausible. The other story, which I believe, is that Conan Doyle’s editors advised him to move the location to England because no reader would be interested in a story set in Wales.” He turned to Simon and said with a wink, “Another example of you English stealing our stories for your own use.”

I think the truth might have had more to do with landscape. Baskerville Hall was imposing but it didn’t lack warmth, and the rolling green beauty of the Welsh hills was the farthest thing one could imagine from murder and evil deeds. At least, it looked that way from the front… 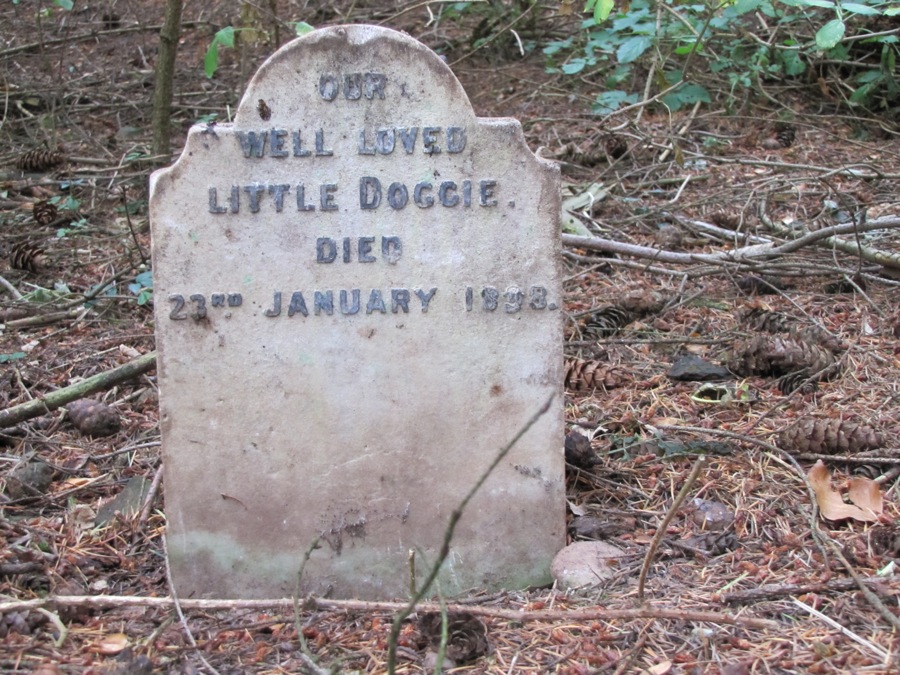 A caretaker tipped us off to a cluster of graves on a forested hill behind the Hall. One of the older stones read: “Our well loved little doggie, Died 23rd January 1838.” Could this be the grave of the dreaded hound?

Even by day the forest cast a strange gloom. The hillside was alive with shadows, and the emptiness of the path tickled our backs with phantom eyes as we crouched beside the little circle of stones. At night this would feel like a very different place.

The three of us vowed to return here next year to investigate the legend—and to read The Hound of the Baskervilles in the very house that inspired it. By night, of course, with the wind moaning low and a sound in the forest of footsteps coming closer… 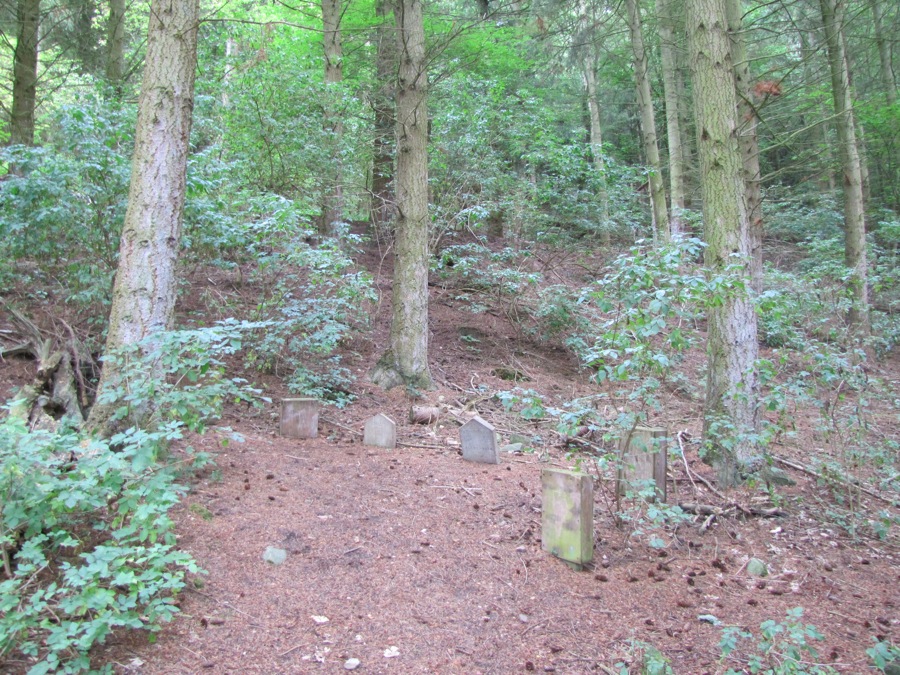