It’s been nearly a year since I packed up my books and moved to a small island in the Mediterranean.

It was a goal I set 8 years before, after reading Lawrence Durrell and island hopping the Adriatic. I was attracted to something in the landscape: those dry stony islands, the wind in the olive trees, the quality of light, and the pure clarity of Poseidon’s translucent domain. It took me 8 long years to alter the course of my life enough to make that goal a reality. But I didn’t waver. And one year ago I hopped a flight to a country I’d never been to, and spent a few days searching for a rental house. Three weeks after that I left Canada for good.

It isn’t the first time I’ve changed countries or even continents on a whim. And as in any expat life, I expected to find a lot of good along with some bad.

I thought I’d take a moment to share with you the best and the worst things about this island life. 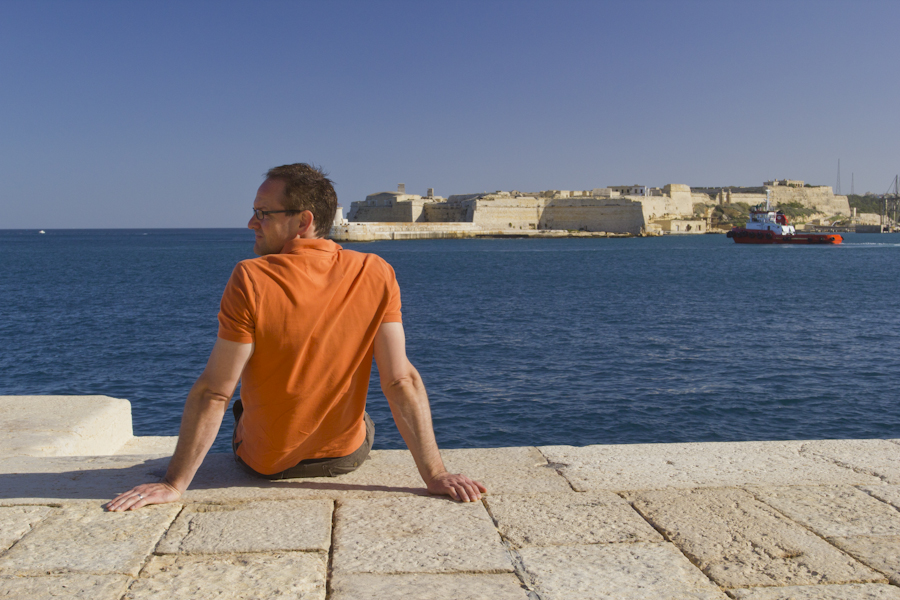 It’s early March, and I’m reading on my roof deck in just a pair of shorts. It was like that right until mid-December. And the rainy winter only lasted a couple months. Sure, these old stone houses get cold as a crypt. But they’re made for the heat. That’s what I get most of the year. In summer it doesn’t rain at all. I look up from my courtyard to see day after day of clear blue sky. And I’ve got a permanent tan. 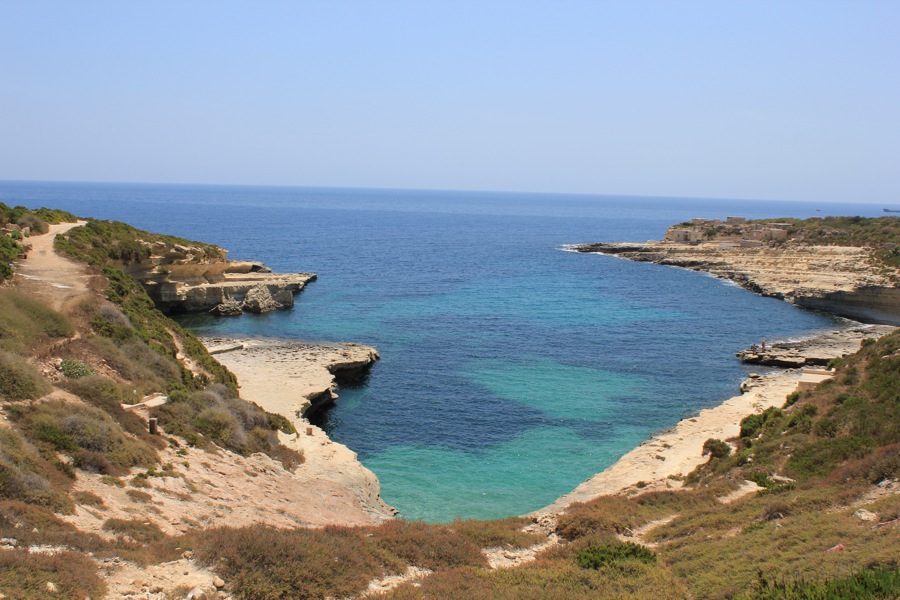 There’s an incredible sheltered cove just 5 minutes away; the perfect place for a swim. There are cafe’s where I can sit and drink coffee or an aperitif and watch the swell of the wine dark sea. There are the shifting winds that dictate the weather, each with its own name and story. There are yachts and sailboats passing through, freighters from far off lands, and ferries that journey to closer places.

The sea permeates every aspect of life here. Just as it always has. 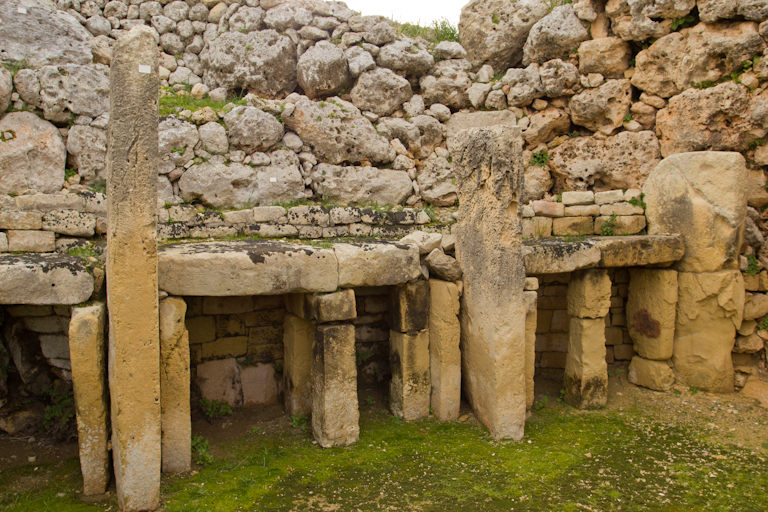 This part of the world is the source of so many of our myths, and the site of so many historical events. Ulysses sailed here. The Phoenicians roamed the waves. Crusaders built fortifications and shaped the villages and towns. And prehistoric man even left his mark in the form of ancient temples that pre-date Stonehenge. I love reading about these times and then going out to walk through scenes where history played itself out. And I love living in a 400 year old house, surrounded by antiques, with a courtyard and roof deck and old stone walls that inspire me to write. 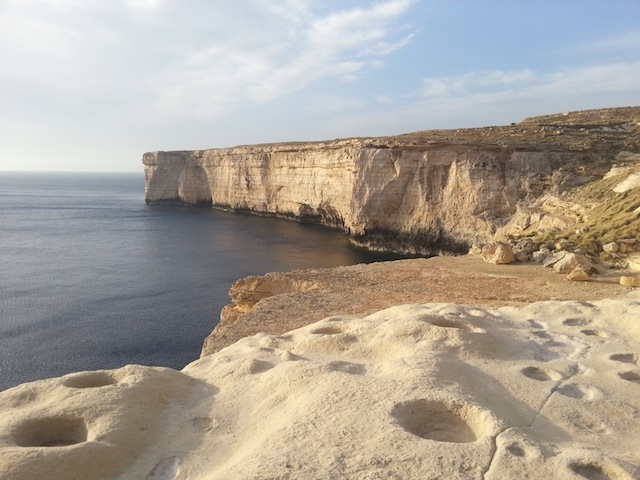 While getting off an island means flying or taking a boat, this is an ideal location for flights throughout Europe and the Middle East. And it’s a great jumping off point for Africa. For a travel writer, it’s tough to find a better base that combines access to new experiences with the ideal climate and landscape for reading and work. 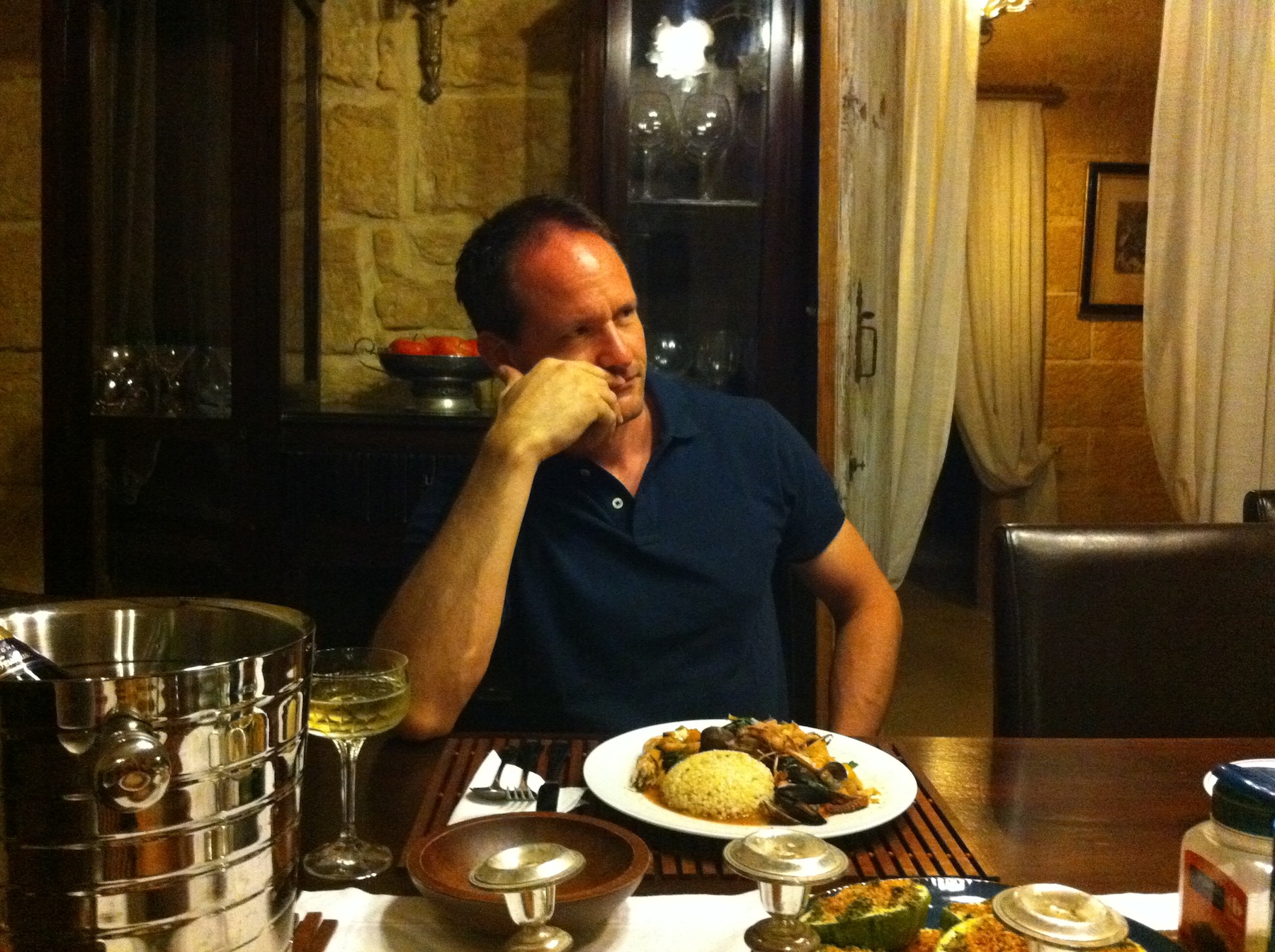 While the local cuisine leaves a lot to be desired—it’s far too sweet for my taste—the year round access to fresh food is incredible. Things are seasonal here, like they used to be when I was a kid. The vegetables are fresh, crisp and packed with flavour. They aren’t soaked in pesticides or genetically modified. It’s the opposite of the bland wax-covered veggies we got back in Canada, trucked up from the southern United States or Mexico. We buy fresh veggies in the plaza around the corner, from a vendor with a small truck. What he doesn’t grow in his own small plots is brought in from the neighbouring island. The butcher shop is right beside the vegetable vendor. The bakery is just down the street. And eggs are produced locally, right here in this village. I’ve even found some rather good local wine. And of course, bottles from Italy and France are easily available.

Okay, I admit it. That might sound like a small slice of paradise. And I stop to count my blessings every single day. But not everything about island life is idyllic. It’s crowded here, densely populated and with too many cars—though I’m lucky enough to live in a quiet, traditional village far away from the tourist resorts. People still use the streets as a garbage can. And there isn’t much choice when it comes to foreign foods. I love the Mediterranean cuisine, but I do miss Vietnamese pho, Japanese food, Thai and Indian.

No place is perfect, and honesty demands shining a light on the bad as well as the good. Here are the things I still can’t seem to adjust to… 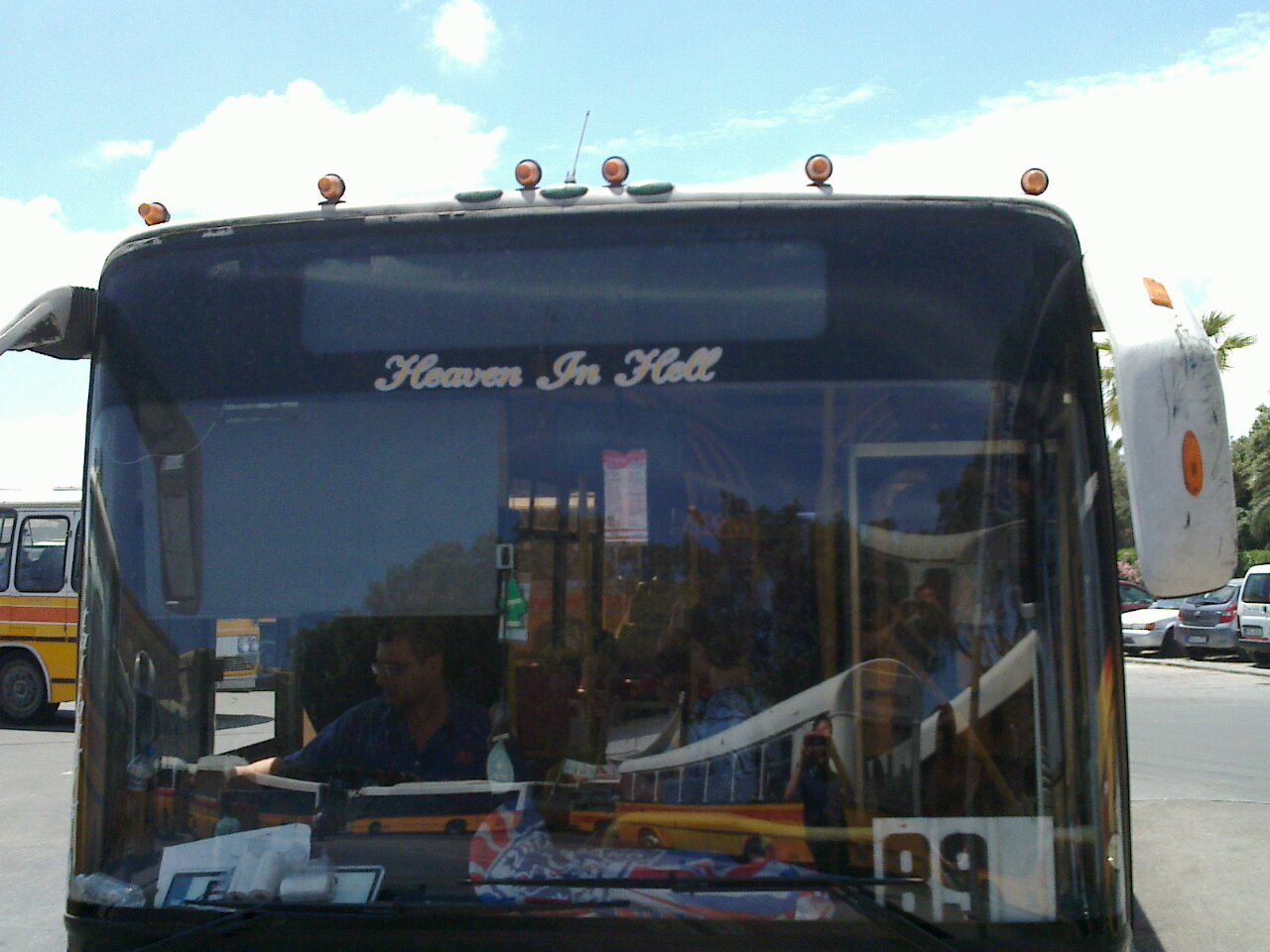 This place has the worst drivers in Europe—bar none. I’ve gotten used to the complete lack of traffic rules, the free-for-all of roundabouts, and the inability of drivers to keep their car in one lane. But there’s a deeper underlying aspect that I find harder to accept, and people’s behaviour behind the wheel is just an expression of it. There’s a lack of personal responsibility in a lot of things here. If someone’s in a position to serve you—in an office, ticket booth or shop, for example—they think nothing of making you wait. They avoid eye contact and simply ignore you until they feel like doing their job. But turn the tables and make them wait, and you’ll see people lose their minds with impatience. I think that’s why they try to overtake in a bicycle lane, or shove their front bumper around other cars when the slightest gap presents itself, rather than wait their turn. Not everyone on the island acts this way. But it does seem to be a common trait throughout many of these Mediterranean countries.

On the other hand, that lack of personal responsibility can work to your advantage when dealing with officials, permits or regulations. The key is to find that one person who can solve your problem. And when you don’t want to do something, simply shrug like they do and ignore the issue completely. All you have to do is make it inconvenient or difficult or too much work to deal with you, and you’ll be left alone. You can’t get away with stuff like that in an overly regimented country. And it really can make life easier. So I ignore the irritable side as best I can and capitalize on the rest. 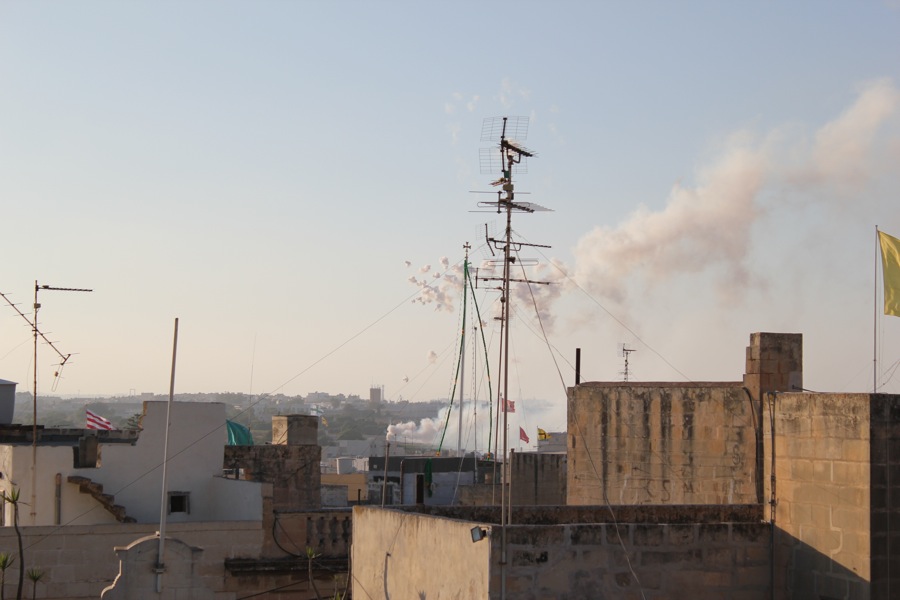 This may be the stupidest and most annoying “custom” I’ve ever encountered in my travels. Petards are not fireworks. There’s no beautiful display of colours or patterns. They’re simply enormous explosives that make an incredible amount of noise. They shake the house. They frighten pets. And they drive tinnitus sufferers out of the island during festival season. Enthusiasts of this idiotic, wasteful, noise-polluting “tradition” blow these things off first thing in the morning, at noon, and for several straight hours in the evening. It’s a fusillade that sounds like a second world war aerial bombardment. It hurls you out of bed in the morning, and it blots coherent thoughts from your head at night.

Each village has it’s own petard factory, and people light these dumb things off season after season, in broad daylight. I still can’t believe anyone would get excited enough about these things to set an alarm, roll out of bed early, and sit in a field waiting for the church bell to strike 8 so they can get started. Only someone with an incredible tolerance for repetitive things could possibly take any delight in it. As several of my local friends told me, “This is a hobby for the uneducated and unintelligent.” But don’t say that to a petard enthusiast! They fly into a rage when you suggest “their hobby” is an imposition on other people—much like the smoker who fights for their “right” to light up, polluting the air of everyone else in the room. Unlike the other points on my list, I can’t think of a single positive spin to put on petards. To those annoying individuals who blast these things off all summer long: I hope you go deaf, and I curse you with a lifetime of tinnitus, bad breath, pounding headaches and shingles.

3) The Cost of Things 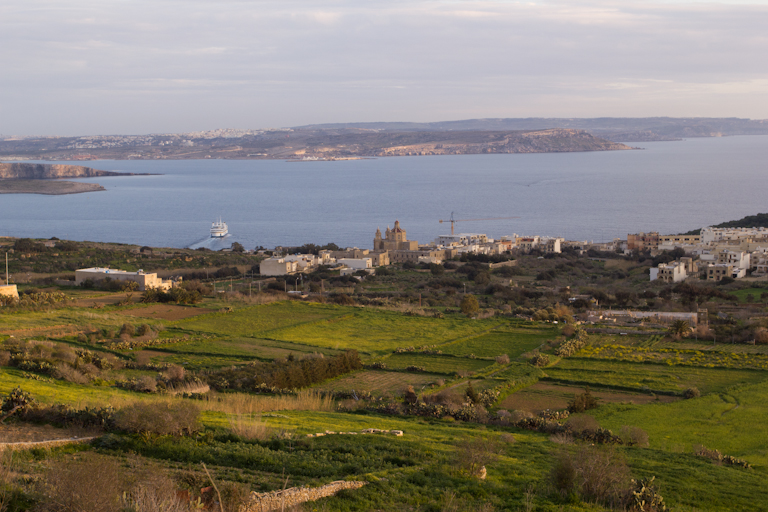 Island geography inevitably means things cost more than they do in other places, simply because they must be shipped in. Rent is affordable here, at least compared to Toronto. Food is reasonably cheap, and good wine is found in plenty. But things like electronics are expensive. Clothing costs more than the same item in other parts of Europe. And I have to order all my books online. But hey, that’s a small price to pay for living in the middle of the Mediterranean.

You know what? I’ve been staring at this screen for nearly an hour, but I can’t come up with two more negative things. The balance is tipped firmly in the positive. And apart from those fucking petards, the other negative things really aren’t that terrible. They’re just different ways of organizing a life. I don’t know how long I’ll end up living on the island before setting out for some new geography or culture. Five years at least, maybe a little more. And it’ll probably pass as quickly as the first year here did.

Living on a Mediterranean island may not necessarily be your cup of tea. But I bet there’s a landscape or culture or climate that speaks to you. A place where you feel most alive and in touch with your muse. I want you to know that you really can go to that place and carve out a life there. Our time is too short to do anything else.

Have you ever lived as an expat? Did you leave your country of origin to try life somewhere else? Do you move from country to country and use the world as your playground? Please share YOUR experiences in the comments below. I’d love to hear about them.