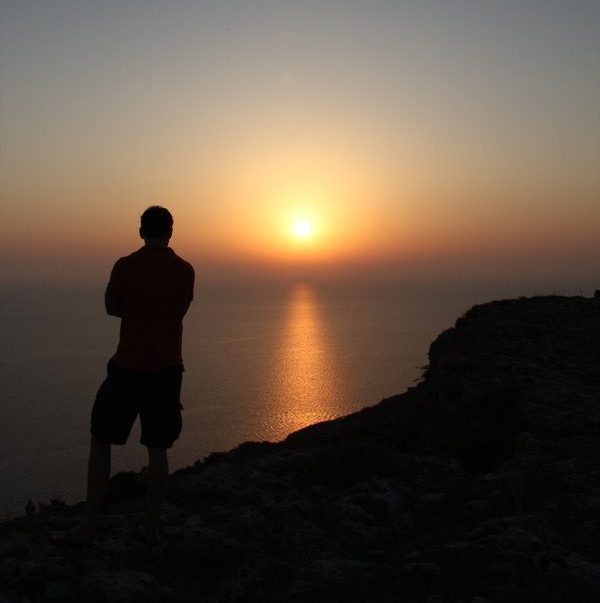 I spent the first half of my twenties as a starving student, reading all the time and scraping by on poor food and the cheapest no name coffee that comes in a giant tin. I didn’t start traveling until after I graduated, and I felt like I had to make up for lost time. I spent the second half of that decade working horrible temp jobs for very little pay, and saving it all for trips.

When I was 28, I took a 3 month solo journey through Central America. It changed the way I saw myself and the world. I spent most of my thirties trying to figure out what it meant. I wrote and rewrote those experiences, and I travelled to the worlds marginal places and desert regions in an effort to find more of the same. I never really did. Nothing equalled the insights of that first trip. Everything after that was different somehow. Less pivotal. But there were some pretty fucking good adventures along the way.

As my twenties drew to a close, I quit my job in Japan and bought a one way ticket to Mongolia. I didn’t want to turn 30 while teaching ESL in the Tokyo suburbs. There’s nothing particularly wrong with that occupation, of course. It just felt miles away from my hopes and dreams.

I turned 30 in Mongolia while traveling with two 21-year old Swedish girls. It was a pretty good way to mark a new decade. Those 6 months on the road—through Mongolia, Tibet, Xinjiang and Southeast Asia—turned out to be the high point. It provided the memories that would keep me going during the years to come.

I spent most of my 30’s frustrated and poor. I worked mind-numbing office jobs for minimum wage (and less), and I was down to the last $15 in my wallet on more than one occasion. That grind went on and on for years, punctuated by a couple small trips to keep the dream alive, paid for by cashing in a life insurance policy. I started publishing my writing in travel magazines, but it didn’t pay much. And it was still a long way from the books I wanted to write.

Things broke open for me only very gradually, and with much effort and struggle. Ironically enough, it started right when my dad died of cancer. He supported my goals for so many years, but he never had a chance to see even the earliest modest success. My first big magazine feature was in layouts the day he died. I made my first DVD later that year. By then I was 32.

It was only around age 38 that my work finally started bringing in enough of an income to live. I got married that year as well. We’d been together for 14 years, which I’m pretty sure makes me the longest holdout among any of my friends.

It’s been a couple years since then, but it seems like a lifetime ago. I built an online business that provides a portable income, and I’m working to automate as much of it as possible so the results are no longer tied to the hours I put in. I also moved to a small island in the Mediterranean, fulfilling a decade-long goal of living in the same type of landscape that inspired Lawrence Durrell. I still have a long way to go before I’m outsourcing the necessary to spend the majority of my time on the things I love. But at least it feels like I’m finally making progress.

And that brings me to this year. And to today in particular. The border I’m about to cross from one decade to the next.

I’m not big on birthdays, but 40 seems different somehow. It’s introspective in a way that turning 30 wasn’t. It’s a little shocking—halfway to 80, and halfway done? It comes with a sense of mortality. A sense of time running out with so much still left to do. And a sense of sadness for lost innocence, and for all those things you will never have again.

By 40 you realize that people drift in and out of your life.

It’s strange to think of the world going on without me. I remember all those people I went to elementary school with. People I grew up with. We shared our childhood and our formative years. We came from the same small place and shared the same past. And because those childhood and teenage years seemed so long, so thick with experience, it felt like I would always know them. At forty you realize life doesn’t work that way. People drift. And the thought that I might go through the rest of my life never knowing what happened to those people, how their lives played out, is difficult to accept. There are too many loose ends. Stories don’t wrap up like that.

By 40 you realize that your goals can no longer be open-ended.

“Someday” doesn’t apply anymore, because you face the cold realization that you only have so many days left. It’s a time to abandon some goals and focus with renewed energy on the rest. If you’re going to get clear about your life, better do it now. I know I have.

By 40 you have less patience for fuckery.

I have less tolerance for people who waste my time. For bad service. For things that break or don’t perform as they’re supposed to. I’m much less willing to put up with things, out of politeness or anything else. At the same time, I have a deeper appreciation for good service—because I know from experience what it takes to achieve it. I have tremendous respect for someone who’s skilled at their job. And I appreciate things that are well made and well designed.

But all is not decrepitude, gloom and grouchiness on the grizzled fringes of middle age…

By 40 you also realize that you’re just coming into your decade of power and opportunity.

Sure, I have to watch what I eat a lot more than I used to, despite always having been naturally thin. That little roll of fat accumulates a lot faster on my waist, and it takes more work to melt it off. But I’m stronger and fitter than I ever was before, simply because I know so much more about training and nutrition and I’m able to apply it.

And so is that mid-30’s worry that things are never going to change. I’m absolutely confident in my knowledge and abilities. I’m satisfied with the decisions I’ve made. And I’m comfortable with my place in the world and the path I’ve chosen through life.

Hopefully by 40 you’ve got your finances under control, and you have the opportunity to fund some of the dreams you couldn’t afford earlier on.

I’m just entering that period now, and it’s a hell of a lot of fun. If you’ve worked hard over the past twenty years, then you’ve also begun demonstrating mastery of your craft. And that brings new opportunities and new challenges. This is the decade of your greatest successes. I don’t just dream up cool projects and exciting travel schemes and add them to a list. Now I can actually finance them. In your 40’s it’s a matter of deciding which to do first.

I have to admit it’s a pretty exciting time, despite the sobering reflections and despite it’s melancholy moments. And—for the next decade at least—it looks like it’ll only get better.

I don’t remember where I was when I turned 20. Thirty was Mongolia. And 40…? I’m spending this week in Spain with my wife. Disconnecting from the electronic world to hike in the Pyrenees and explore deserted coves along the Costa Brava. Unplugging for a while and thinking about where to go next.

That’s not a bad way to mark the decade. Not bad at all.