Despite a blizzard that smothered the region in several inches of snow, the turnout was excellent.

It was supposed to be 2 hours long but I was there for a full 3 hours, with a nonstop stream of people lined up to the door the entire time.

According to the guy at the bookstore, the average number of people for a signing is apparently 7. But thanks to all the posters around town, newspaper coverage and facebook shares, we managed to do a lot better than that.

All copies of Vagabond Dreams completely sold out — a box of 50 that was sent for the signing, plus all the display copies in the front window. And many people brought their own copies that they had previously ordered. Not bad for a humble travel book.

The store guy seemed pretty shocked, he said it’s usually just him and the writer at these things. So yeah, mission accomplished on that front.

Here are a few photos for those of you who missed it. 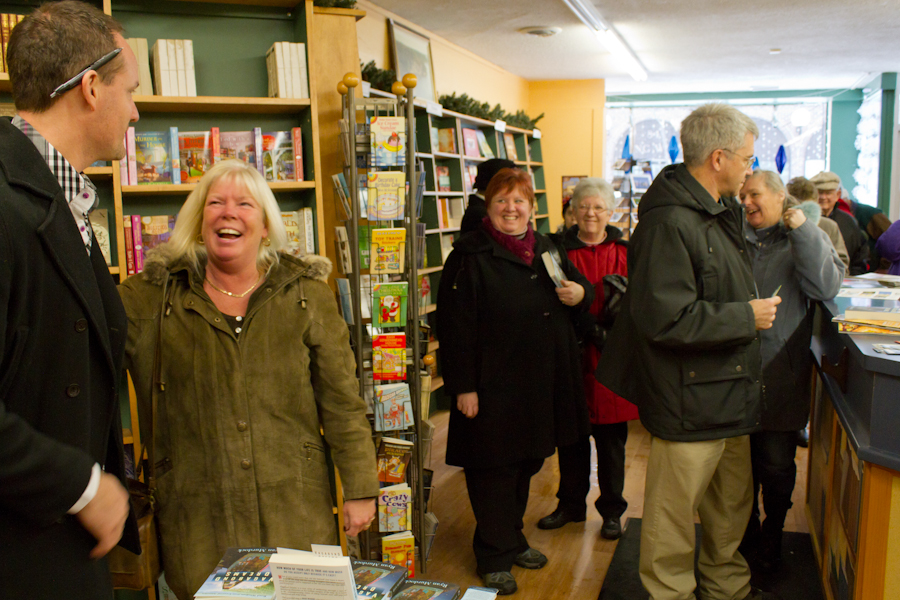 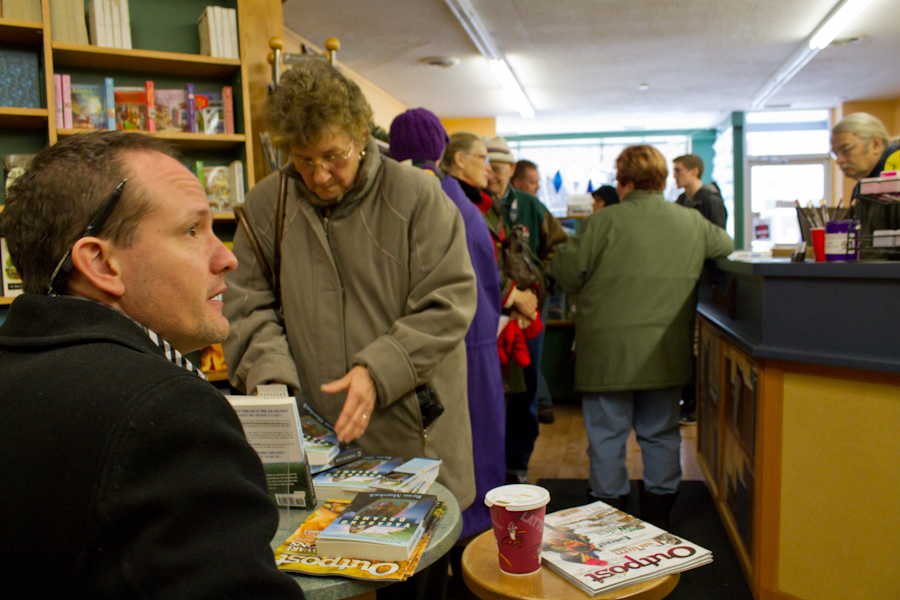 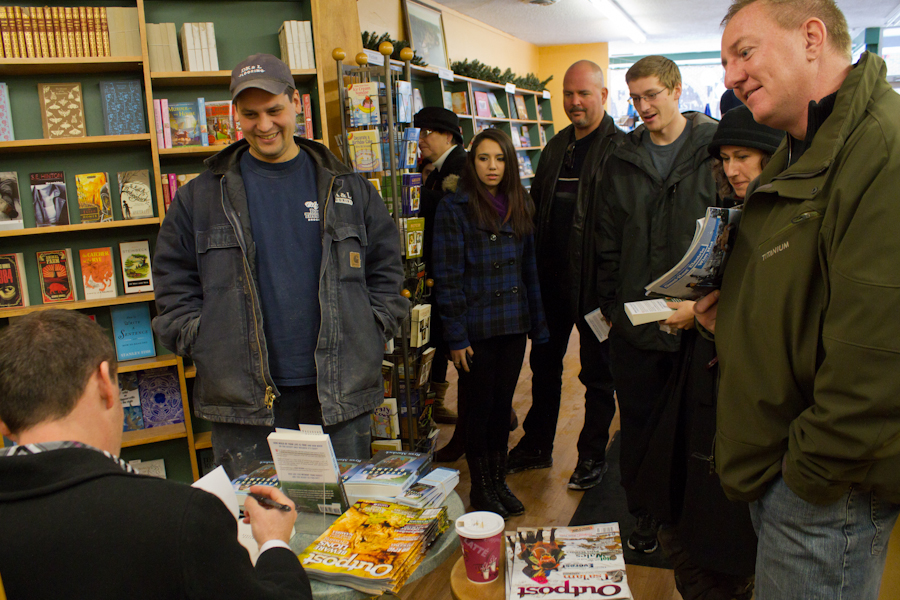 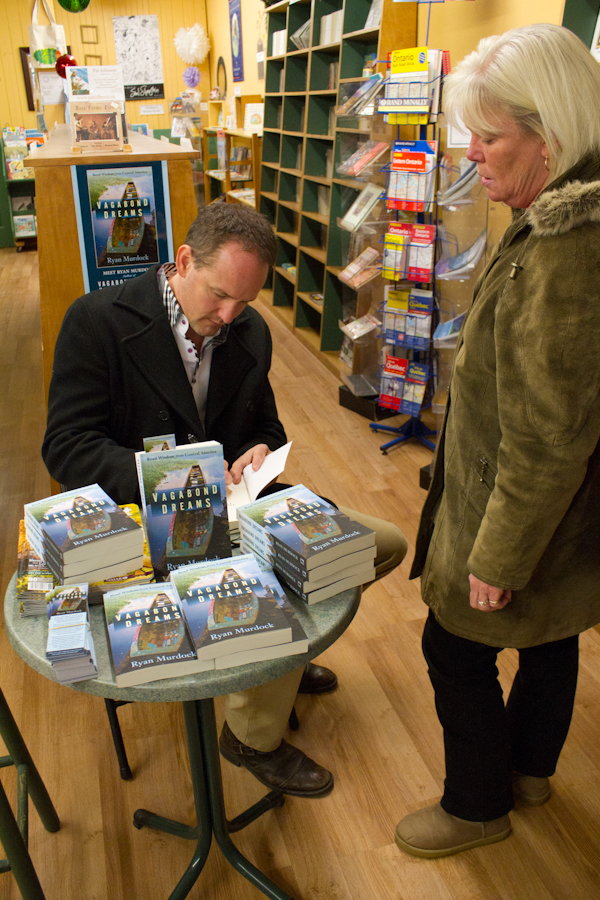 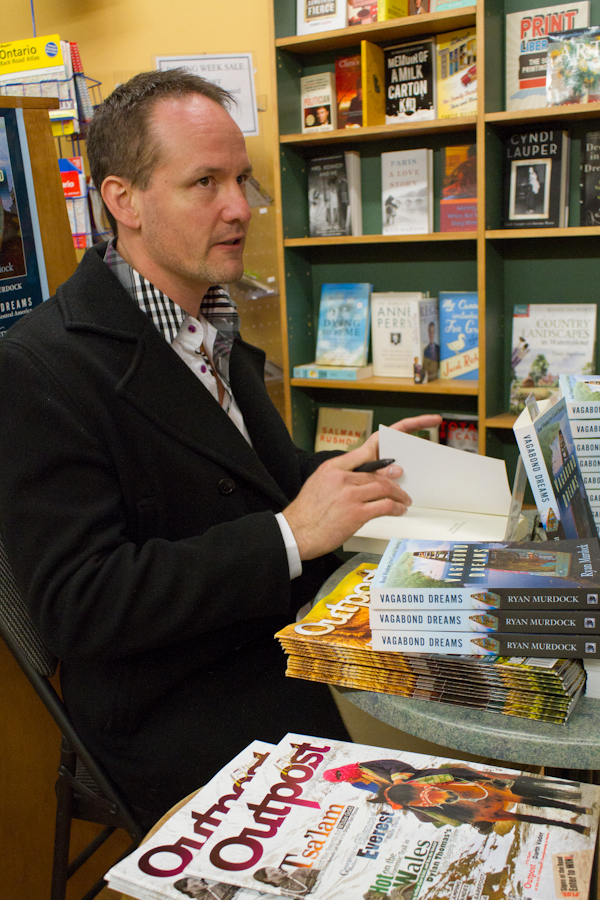 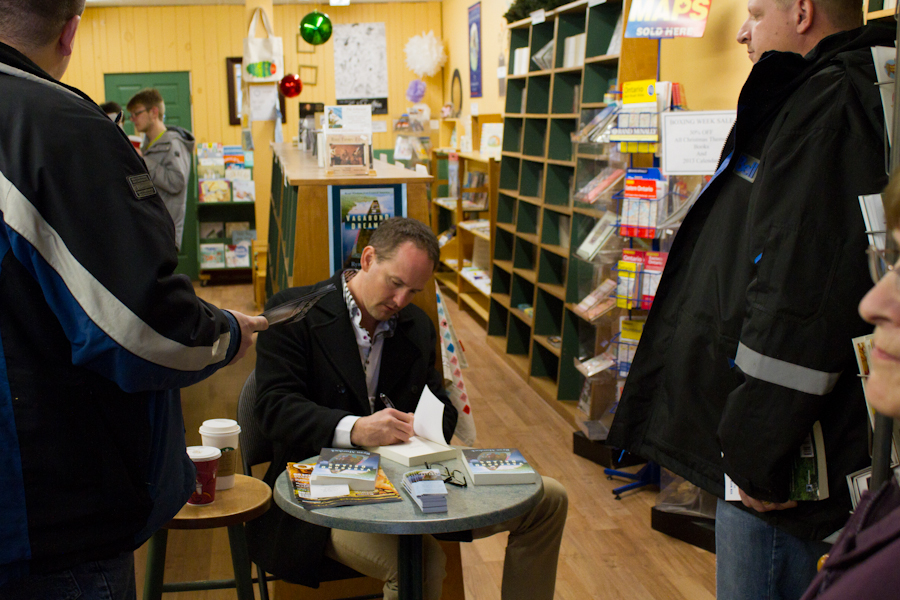 Folks have also been posting their own photos of the event on facebook, so stay tuned for that (and be sure to tag me if you put ’em on your page).

After 2 weeks in Canada, I’m all talked out!

I’m back in semi-seclusion on my Mediterranean island, and I’m not talking to anyone for at least a month.