I read a very good book this week called The Longest Way Home. It reminded me of myself in so many ways. And I wanted to share it with you. 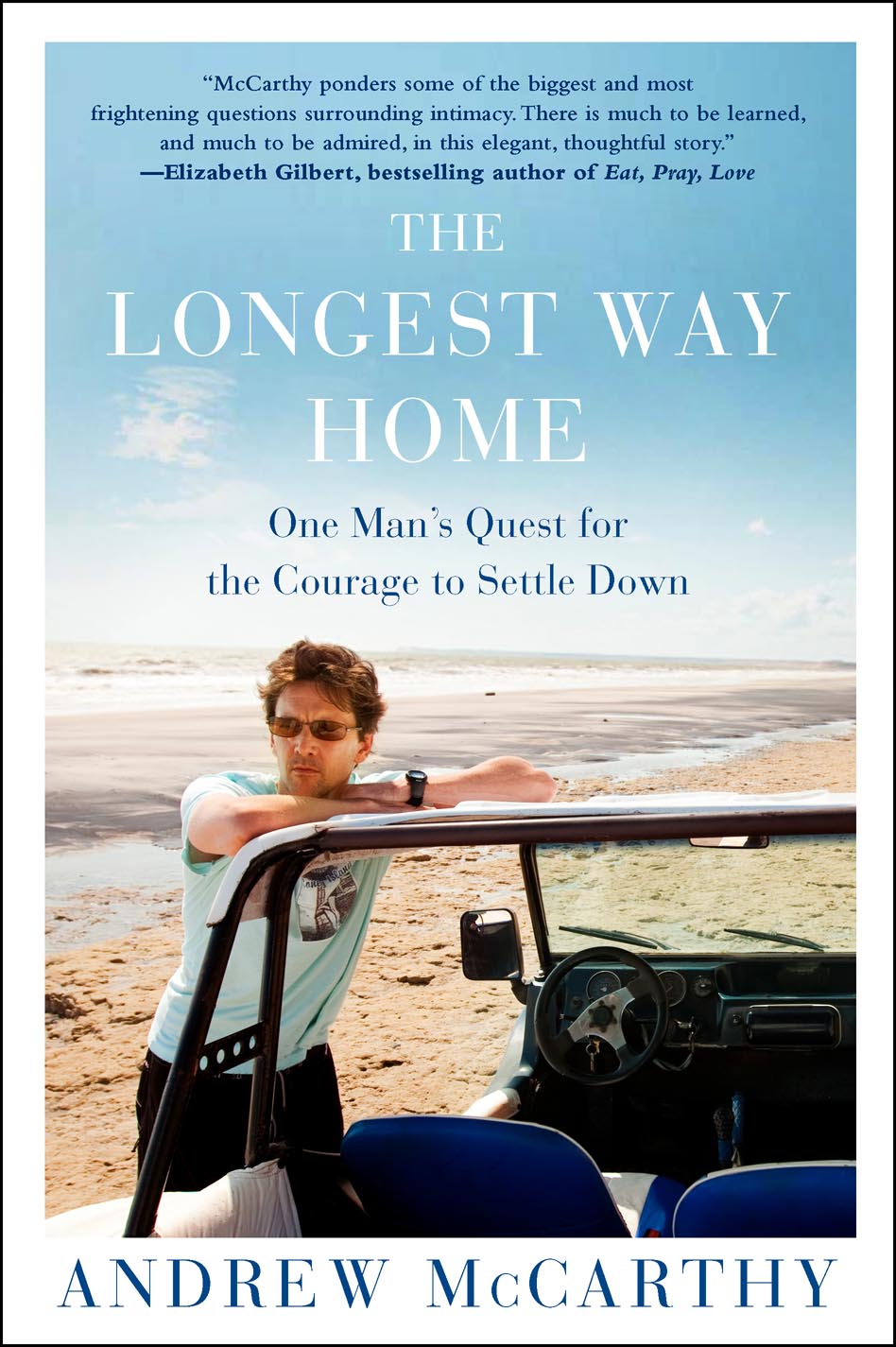 The author, Andrew McCarthy, is probably best known as an actor. I first saw him on cheap night at the Parkdale Cinemas in Brockville. I think it was Tuesdays or Wednesdays in the summer, when we got in for $2. I went there every week with my Grade 10 friends, and we watched 80’s movies like Pretty in Pink and St. Elmo’s Fire. Those movies captured what we all felt growing up at that time — the teenage angst, that sense of aloneness, and what it meant to be “in” or “out”.

A couple decades later I caught McCarthy’s name again — but this time in travel magazines. And once in a collection of the Best American Travel Writing. His style was straightforward and insightful, and it captured everything that’s best about the genre.

When I read a review of his book The Longest Way Home in Publisher’s Weekly, I immediately went online and ordered it.

This is travel literature as it should be written. McCarthy has a fine eye for the details of place. He captures landscape and people — and those revealing gestures or lines of speech that get to the heart of someone — in precise deliberate prose that’s never loaded down with unnecessary words.

But this is far from just a story about exotic places. Like the best travel writing, it’s deeply personal as well. In fact, this reads more like a memoir.

At the opening of the book, McCarthy finds himself at a major life crossroad. He’s been engaged to his fiancé for the past four years, and they already have a child together. Life has gotten in the way, but they finally set a date for their wedding. And then he panics and books a long string of writing assignments to the farthest places he can think of: Patagonia, the Amazon, the Osa Peninsula of Costa Rica and Kilimanjaro.

Running away and pulling back has always come naturally to McCarthy. And in The Longest Way Home he tries to understand why.

In one sense he runs from his current life and responsibilities. But his deepest self seeks distance and solitude in order to journey deeper into himself.

It was his sense of solitude that I related to so strongly in this book.

He writes, “I’ve felt alone for most of my life and never minded. I’ve considered it my natural state. I’ve longed for that solitude, sought it out, and lamented its absence.”

McCarthy is happy with the life he’s created — two children and a fiancé he cares about deeply — and yet he continues to leave.

The tension between those two poles, and the quest to understand what it means, forms the core of his story.

In another passage he writes: “The self-reliance that was born of my lack of camaraderie has created a justification for a solitary way of living that is not useful in partnership. It is what D has most struggled with over the years; ‘I’m right here, I need you to come to me,’ she’s often said. It has taken me a long time to even understand what she means by that.”

As the story progresses, each new place and each new challenge calls up a deeper level of personal understanding. And those poles are finally reconciled — at least for now — in the Dublin wedding scene that closes the book.

McCarthy has come to understand his walls, and the meaning of his solitude. And to reach beyond it.

But it’s that sense of aloneness that stays with me as I close the back cover of the book.

In a passage near the end of the story, McCarthy writes:

“There is a pure, still place in me that remains mine alone. It is that place I first encountered as a child in my front yard, under the stars, it is the place from which I move out into the world, the place from which so much that is good in my life has sprung. Over the years my willful isolation and separation, my urge to flee, my feelings of being misunderstood and ultimately alone in the world, all grew from a desire to shield that solitary place. But what I’ve come to see in the past months of travel is that these battlements I’ve erected ultimately ensure the creation of all they are trying to safeguard against.”

That could just as easily have been written about me.