I’m sure the majority of people aren’t aware of this. And even avid readers may have missed the news.

But this is the special time each year when we pause to think about censorship, and to remember all the great literature that has been banned, suppressed or otherwise made purposefully unavailable in an effort to control what we read and think.

Mikhail Bulgakov’s The Master and Margarita…

Books that some fucking religious “authority” or government busybody or controlling school librarian felt were “not appropriate” or somehow threatening for you to read.

The Catholic church even kept its own list of banned books — the Index Librorum Prohibitorum — from 1559 to 1966. Yeah, it was only abolished by Pope Paul VI in 1966. These are the same caring and progressive folks who brought you “the world is flat or we’ll burn you at the fucking stake. Amen.” Clearly they had your best interests at heart.

As Oscar Wilde said, there’s no such thing as an obscene or blasphemous or filthy book. Just well written books and badly written books.

When anyone tries to tell you what you can and can’t read, they’re insisting that they have —not just the right but the ability — to control what you think.

Well, to all those people who would tell me what I can and can’t read, or what I should be permitted to think, I shout a resounding “FUCK YOU”. I will never ever tolerate that.

The topic of censorship and thought control has been on my mind a lot this week. You see, I’m in Berlin. And 3 or 4 nights each week, I take a short cut across Bebelplatz, from Unter den Linden to my apartment at Spittelmarkt.

It was in this plaza opposite Humboldt University that, on May 10, 1933, on the orders of Nazi propaganda minister Joseph Goebbels, 20,000 books which conflicted with Nazi ideology were dumped in a pile and burned.

Among these books were the works of such “un-German” writers as Erich Maria Remarque (author of “All Quiet on the Western Front”), Thomas Mann, and Stefan Zweig. And foreign writers like H.G. Wells, Jack London, D.H. Lawrence and Ernest Hemingway.

Over a century before this disgusting action took place, the Jewish poet Heinrich Heine said, “Where they start by burning books, they’ll end by burning people.” That was true of the Nazis. And it could come true again.

If you visit Berlin and happen to walk through Bebelplatz, keep your eye open for a square pane of glass set into the ground at the centre of the plaza. Walk over to it and have a look. You’ll find a monument called the Empty Library, designed by Micha Ullmann, and it was created to commemorate the Nazi book burning. 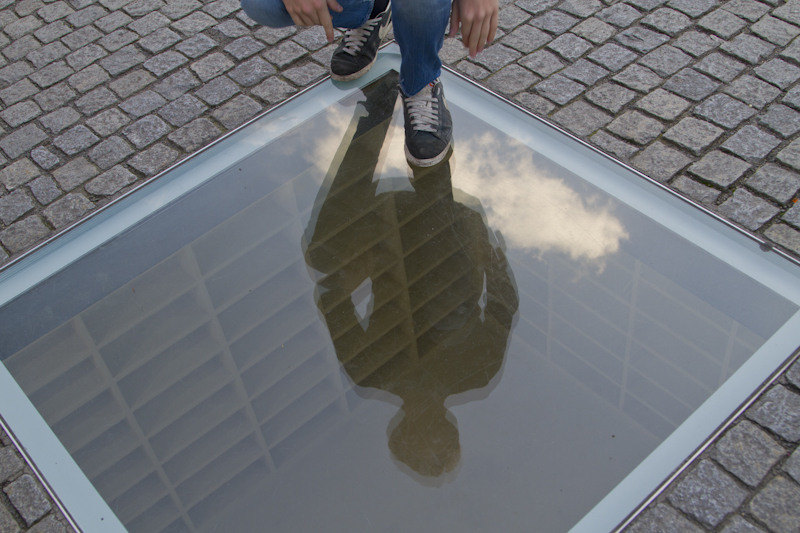 The banning of books affects all of us. And the modern day version can be seen in government attempts to control what you read, watch and consume on the internet.

We must all fight against it — or we will all become no better than sheep. And we will deserve our fate.