I believe every trip has a soundtrack.

That special album which entrances you on long journeys by bus or rail, occupying your conscious mind and allowing insight to float up from the depths. Those songs soak up the landscape, the smells and the very feeling of the place you’re travelling through. And they colour the way you see it, just like different shades of glass colour a sunny day.

Well, today I’d like to share with you a brilliant new album that’ll be the soundtrack on my upcoming Sahara expedition in late January: 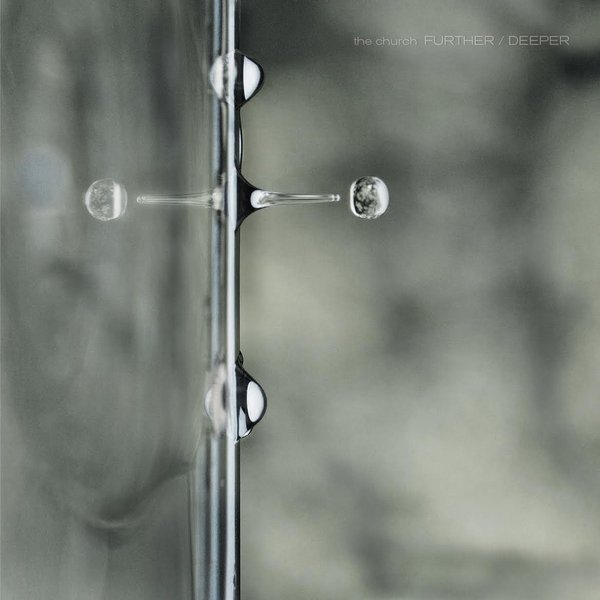 Of course you might imagine I’m biased, because the music of The Church has been such an important influence on my writing. But I’m always prepared to approach each new album critically. And I have to say that this one floored me.

Everyone’s talking about the intricate layers of sound in Further/Deeper, and justifiably so. But I want to say something about the words.

Further/Deeper has all the magic that first hooked me on singer, lyricist and poet Steve Kilbey’s writing with 1987’s Starfish.

It’s got mysterious imagery with a hint of sadness around the edges, sketched in blurry lines that contain layers of meaning which seem to float somewhere between potential pasts and mysterious futures.

In many ways, this album represents a return to the sort of lyrics that were the hallmark of The Church’s best early work: Heyday, Starfish, and their undisputed artistic masterpiece Priest=Aura.

I like the increasingly straightforward lines that Kilbey has written in recent years, as heard in collaborations with artists like Martin Kennedy of All India Radio, or Jeffrey Cain in the Isidore albums. Damaged/Controlled by GB3 was a particularly powerful expression of this lyric track. Kilbey’s words were raw and exposed, with a delivery to match.

It felt to me like the singer was exploring new ground on these albums beyond his early, more oblique style. The imagery seemed to surface naturally from the wisdom of a few more years on this planet, and a few more heartbreaks and sad cracked dreams.

I enjoyed those explorations very much. But I have to admit I’m gratified to see a return to the mystery that first captured my imagination when I was a skinny, dreaming, secretly lonely 17, turning the radio dial in my dad’s car outside the Spencerville Hotel. That’s when I first heard Under the Milky Way. And I knew right then I was listening to a kindred spirit.

With Further/Deeper, the Church — and Kilbey as a lyricist — have taken the best from their past and created a much more mature, layered and sophisticated piece of art.

And that’s pretty amazing, considering how layered their sound has always been.

I knew this album would be brilliant when the opening track Vanishing Man first drove through my headphones. I immediately thought of the carefully layered artistry of Priest=Aura. There’s a bit of that dreaming opium darkness here too, and so much mystery. But the textures are deeper, and new layers are revealed with each fresh listen.

The Church has once again captured something I can’t quite express. Something I’ve always felt deep inside, especially late at night, when I’m standing on my terrace and the island is asleep.

I guess that’s why this band, and in particular Steve Kilbey as a writer, have always been the greatest inspiration for my own work. Because it’s that vague inner feeling I want to communicate. And I’ve never heard anyone else articulate it.

There are so many wonderful songs on this record.

Delirious is soaring and hopeful, appreciative of the mystery of those places where words come from.

Pride Before a Fall reminds me of all that was best from the previous album Untitled #23, and it hooked me immediately:

You face the blame, graceless ashamed

But baby it’s a creeper

You fan the flame as you fail or fade

But it goes harder steeper

With Toy Head the journey turns dark again, skirting that strange world of madness which is always simmering just below the fairest sunshine summer scene:

When you take off your head

But the darkness prevails

And they loosen the screws

But that remedy fails…

Those songs feel very Priest-ish to me, while the more pop-flavoured songs like Laurel Canyon and Old Coast Road capture what was magical about Starfish.

All those times we parted

All those times we saw it through

Couldn’t finish what I started

I was diminished without you

There’s music in my memory

And I listen as the miles go by

I guess I’m only temporary

And Old Coast Road speaks the sort of lines I wish I’d heard when I was 15, dreaming of a world beyond my small town, and wondering if there ever could be anything special about me:

And then she told me

Don’t be afraid of yourself

And then she told me

You’ve only got today

But when I asked for a night

She looked at me and looked away

Lightning White kicks in with drums that thump through your chest. And Kilbey sings: “In summer when the atmosphere caves in the roof”, an image that perfectly captures the heavy humid weight of August childhood nights.

Volkano is another favourite. It suggests a tale of a mysterious journey into the unknown, revealed through scattered images and pixel flashes:

All of this cargo

And all of these seas

Wherever we go they know us

By our beaked prow and a fair breeze

The image of the boat is slightly Greek, calling to mind the Minoans perhaps, and the catastrophic  explosion of the island of Santorini which tore apart the ancient world. But the first pictures that flashed through my mind were drawn from my own childhood obsessions.

And that’s one thing I always loved about Kilbey’s lyrics: his ability to use a few deft strokes to pull those images and memories and feelings out of you. The images will always be different, depending on the listener.

When I first heard Volkano, my mind flashed with images of the first Pacific voyagers who set out in their canoes for Easter Island. Somehow they knew it was out there somewhere. And so they plunged off the edge of the world…

Come to think of it, that’s a lot like what Kilbey and The Church have always done.

I’ve only mentioned about half the tracks, but this entire album is brilliant. There’s not a bad song — or even a weaker song — among them. I don’t know how long the link will be up, but you can listen to a streaming version of Further/Deeper HERE.

The Church’s 25th studio album pulses with a new energy and a renewed sense of optimism in a band that has endured so many ups and downs, while releasing consistently great work.

Their work continues to be an inspiration for me, and I hope you’ll enjoy it too. Pick up this album and give it a listen. It’ll take you on a lush sonic journey through your subconscious, and for one short hour you’ll defy time and space.

And then you’ll press “repeat” and lose yourself again.