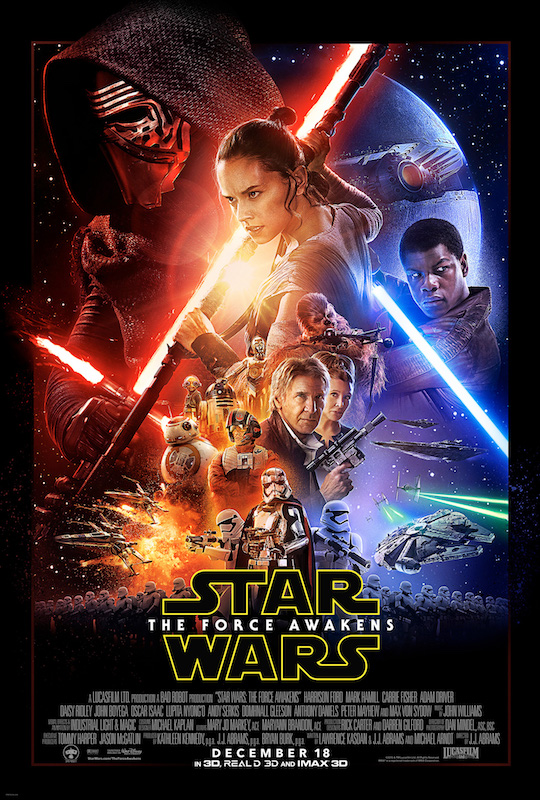 I apologize for writing about a movie on a site normally devoted to travel and books. But I’ll bring it full circle if you read to the end. It really does matter, because…

…the magic is back.

This feels like a movie made by a Star Wars fan for other fans. And if the original shaped your childhood like it did mine, then you’re in for a treat.

The Force Awakens erases the stain of the prequels and brings us back to the feel of the original two: Star Wars and The Empire Strikes Back. Not just visually, in the way it is filmed with actual props and locations and costumes. But also in terms of focus and scale.

George Lucas became so enamoured of CGI in those 3 terrible prequels that he completely lost sight of the fact that the early stories were all about the characters. The prequels were about massive CGI battle scenes, and events on the scale of empires, civilizations, wars, and hundreds of worlds and alien species. It happens at arm’s length, the jokes are lame, the dialogue is awful, and it’s just so hard to care about the people involved.

But Episode VII brings it back to the characters, to their struggles and hopes and fears. The scale is smaller and the focus is tight. And that makes the emotion so overpowering.

I have to admit, I got choked up at several points during the film. Especially when the older characters talked about the past, the legends, and how it was true… all of it.

It felt as though they were really talking about the original two movies, and the magic they had for us — which at age 43 now seems so far away. Those feelings get all mixed up for me during that dialogue, and it seems equally true that Han Solo is validating the reality of that enchanted childhood world which is still there in the corners of all our minds, if only we knew how to connect to it again.

For me — and I think for so many who experienced it in 1977 — this was about recovering, for one brief moment, that lost magic of childhood. Sitting in the theatre last night as the music started, I could actually smell the cigar on my dad’s work shirt, though he’s been gone for more than 10 years. For many of us, to see The Force Awakens is to reconnect with a moment from the past.

And I think I know why it had such an impact. At least on me.

The original movies, and now this one, presented us with a world where light and dark were clear. Where doing something great was a straightforward matter of facing your own fears and standing by your friends — rather than having to figure out which side is the light and which is the dark, as in today’s world of corrupt self serving governments.

George Lucas was very explicit in trying to create a modern myth with the original Star Wars. And we need that in a culture which has lost it’s old myths, stories and rites of passage, because ours is an age where outdated religions no longer appeal to a scientific, literate, intelligent population. Lucas drew closely on the work of Joseph Campbell to create a Hero’s Journey for our time, one that would inspire us and make us dream. 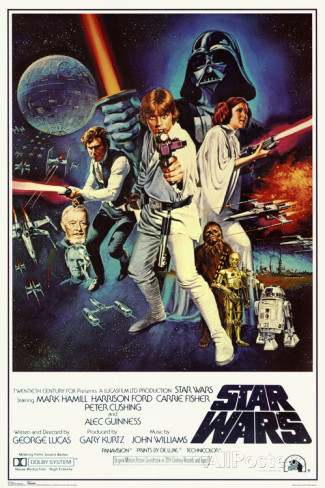 And Star Wars inspired me so much as a child. It inspired me to dream. It told me that an enormous world was waiting out there beyond my small town, and that it was filled with cultures and landscapes I could scarcely imagine. And it taught me that, if I overcame my fears and acted boldly, I would get the girl.

Characters like this are so important to us, especially to people of my generation who felt that magic, because they take us back to a less jaded time. They reminds us to dream again, and they remind us of what we felt back then: that we can make an enormous difference and that our lives, too, can be heroic, even in some small way.

I was never one of those extreme Star Wars geeks who obsessed over trivial details, like who shot first in the cantina sequence. I simply loved the movies. And each act of those first two films was firmly engraved in my 5 year old’s mind.

Every Christmas was all about Star Wars back then, too. The year I got the Millennium Falcon remains the best Christmas that I can remember.

I even tried writing a script in the 3rd grade. My main prop was a plastic Han Solo blaster paired incongruously with the Luke Skywalker utility belt. But I never got much farther than casting. My best friend Eric was to be Luke Skywalker, and a cute girl in my class called Cindy H. was my Leia.

Star Wars also revealed a vast desert planet that the 5 year old me wanted to explore. And that vision has never left me. I wonder sometimes if it was actually Star Wars that planted the seed which became my obsession with deserts?

My first desert trip was an accidental journey to the Southwest U.S. I say “accidental” because I never really intended to go there. My friend Eric was living there, and I wanted to hang out with him on my Xmas vacation from university. I knew from that first moment of hiking through a landscape of cacti and canyons that it contained something magical which resonated with me on very deep frequencies.

I went on to travel by camel through the Taklamakan Desert in Western China, and with the Bedouin in the deserts of Jordan. I’ve taken Land Rovers and Toyotas through the Sahara and the Namib. And I camped in the barren badlands of South Dakota, which isn’t true desert but looks like one.

And every time, I imagined myself walking through Tatooine, with the distant hum of a land speeder in my ear, and sand people hiding around every rocky outcrop. I don’t give a fuck that I’m 43. That vision still feels just as exciting as it always has. And I’m grateful for that. That I can still tap into it, and that those key parts of my inner self never grew up, or grew old and dull.

And that’s the greatest lesson of all, isn’t it? That anyone can be a hero, from a self-absorbed smuggler, to a farm boy from a backwards planet in search of the stars, to the smallest ewok or droid. You just have to face your fears and answer your true calling.

I watched The Force Awakens in Vienna. We flew up on a Sunday afternoon, and stopped at our rented Air BnB apartment just long enough to pick up the keys and drop off our bag. And we went straight to the only theatre I could find in the city showing the non-3D version in English on a Sunday night.

I felt like I was 5 years old again, sitting in the Parkdale Theatre in Brockville with my father in 1977. My mother didn’t think I should go, she thought I wasn’t old enough to see such a film. But I already had the action figures, and my dad overruled her. When we got there, the line up circled the entire building and went out past the parking lot, right to the street. And it was packed like that for three weeks straight.

I still remember so clearly the first thunderous chords of that music. And that opening shot: the lasers and the deep rumble, and the star destroyer coming in overhead. My jaw fell open in utter amazement, and I never blinked once for the entire two hours, even at 5 years old.

I never blinked once this time either.