I want to share a few Tokyo discoveries with you as I catch up on the year’s travels by posting long overdue blogs.

For the past several years, we’ve found a flat in Minato ward, a nice leafy residential neighbourhood just off the embassy district. But this time we decided to look a little further afield.

Oimachi is just a couple stations away from the busy hub of Shinagawa, but it feels like a piece of old Tokyo lodged 30 or 40 years back in time.

The area around the station is a small maze of alleys filled with noodle shops, yakitori stalls, and narrow drinking establishments where the screech of questionable karaoke drifts out to torture the night.

I’ve heard it described as “dirt cheap eats and back to basics boozing”. It’s definitely my kind of place.

It’s also within walking distance of Tokyo Bay. We wandered down there one humid evening around midnight, through the quiet streets of the neighbourhood to a breakwater along the Katsushima Canal. Water slapped the sides of fishing boats bobbing at their moorings, traffic droned on the distant Haneda Expressway, and across the water, the lights of the racetrack glowed with neon dreams and broken bets.

Oimachi was on the outskirts of the city during the Edo period. The Tokaido road passed nearby, but this was just a minor village, a place where the shogunate sent condemned prisoners to die.

Tens of thousands met their end at the Suzugamori execution grounds, but the site was closed in the 1870’s by the Meiji government, and now only drinkers lose their heads here (metaphorically rather than literally).

It’s a really cool neighbourhood, and I hope to base there again next time.

Tokyo is one of my favourite world cities. I always go back to my usual spots, but each stay involves at least a few discoveries in this vast sprawling metropolis.

No trip to Tokyo is complete without a stop at Bar Benfiddich for some of the best drinks in town. I’ve written before that owner Hiroyasu Kayama is an alchemist, deeply versed in the classics, and with a gift for creating magical cocktail experiences using herbs from his garden outside the city, fresh fruits, his own homemade bitters, and a mortar and pestle.

I knew from our previous conversations that Kayama is also obsessed with tracking down forgotten bottles of vintage spirits from dusty cellars all over the world, and so I asked him to make me a cocktail with a taste of the past.

He crafted this one with Ardbeg whiskey, a Fernet Branca from 1960, and a Martini red vermouth from 1950.

But that was just the start of a memorable evening.

A new bottle arrived that day, and we happened to be there when it was unwrapped. I had the amazing good fortune to enjoy a cocktail made with a Remy Martin cognac from 1930, and a Martini red vermouth from 1950.

The period between the two World Wars has been a lifetime interest for me. I’ve read so much about it, from detailed histories to the novels of Henry Miller and Lawrence Durrell. It was the age of film noir, the North American Jazz Age of liberated flappers and gin-soaked Fitzgerald, and the sensual decadence of Weimar Berlin.

It was also a golden age of air travel, when the great Pan Am flying boats spanned the globe. If I could choose to be reborn in any era, I would pick the 20’s and 30’s.

Drinking spirits bottled at that time was like getting a taste of history in a glass. And that cognac was so incredibly smooth.

When the cocktail drinking was done, I sifted the shelves for English books at Maruzen near Tokyo station, and stopped for the usual sushi in the salaryman bars around Shimbashi.

We also discovered a few new places, like the Sumida Hokusai Museum in Ryogoku, a permanent gallery of woodblock prints by the legendary master, and a glimpse at life along the Sumida River from Tokyo’s distant past. 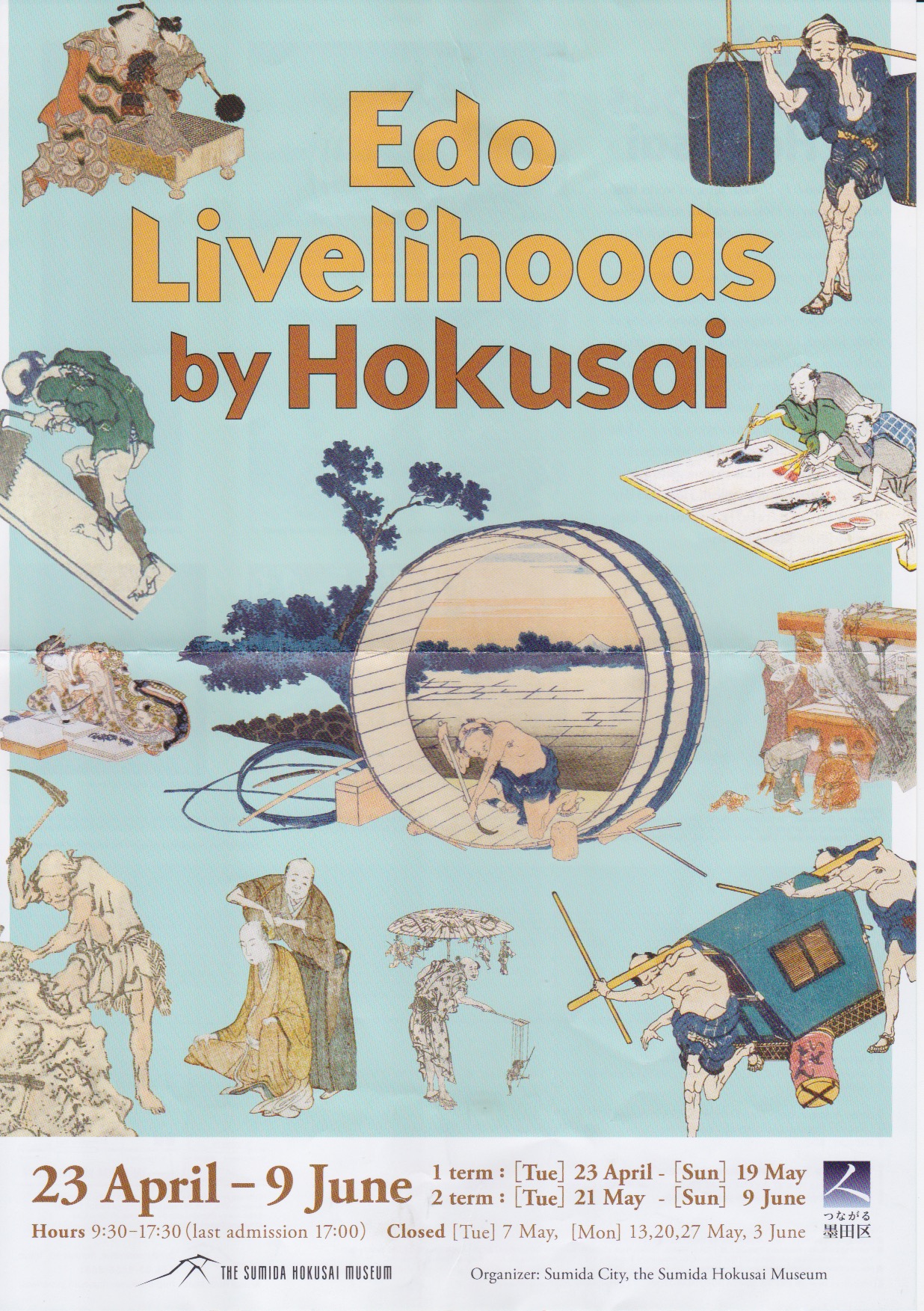 I love the Ryogoku district, with its sumo stables and throwback neighbourhood feel. Looking at those woodblock prints brought a new layer to the city, and new lenses to see it through. Until then, I’d only ever seen those prints as postcards.

On that note, I’ll cut this short. Looking for links has sent me down an internet rabbit hole of flying boats and 1930’s films, and I am running out of time.

I’ll tell you about another new discoveries in my next blog — a journey to the far side of the city, to a rural area beyond Tokyo Skytree.

Until then, I leave you with this giant pink cat.