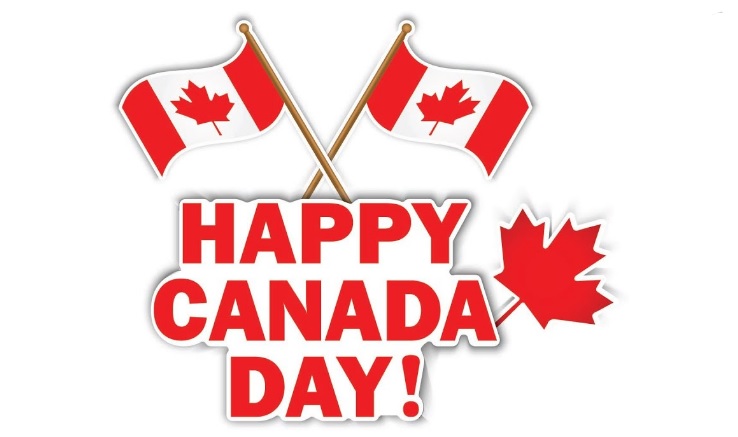 Happy #CanadaDay2020 to all my friends and family back home.

One of the greatest lessons I’ve learned in two decades of travel — having lived in 3 other countries, and traveled and written about close to 80 more — is that we’ve got it very good back home.

I feel incredibly lucky to have grown up in such a wonderful country. July 1st is a day to stop and remember that, and to show a little gratitude for the place I came from.

To all the virtue-signalling twats posting #cancelCanadaDay and ranting about what a horrible country it is, I highly recommend you spend some time in a failed state, Communist dictatorship, or poverty-stricken third world country.

I’ve spent a lot of time traveling through such places, and talking to people who live there. Go see what the rest of the world looks like and you might appreciate what we have.

The Canada I grew up in wasn’t bitterly divided into competing grievance categories, or ‘intersectional’ points systems in a loser-take-all race to Most Oppressed.

One’s heritage was just another boring fact about our families, and it only seemed to matter if your dad did something embarrassing like dress up in lederhosen and play the accordion.

I can vaguely remember the first time I became aware of the cultural or ‘racial’ backgrounds of my classmates. It was 5th grade. I don’t remember what the occasion was, but we were talking about heritage. The teacher went down the rows, and each kid said where their ancestors — in many cases, our parents or grandparents — came from.

My grandparents emigrated from Ireland, and that was pretty boring by comparison. I never realized these kids I’d gone to school with from kindergarten had such exotic backgrounds. And we promptly forgot about it again the moment the bell rang and we all went outside.

I don’t ever remember being conscious of ‘class differences’ either. My dad worked in a factory, just like a lot of my other friends’ fathers. Others had parents who owned shops, or worked as lawyers. Some families likely had more money than other families, but we all hung out together.

I do remember feeling ‘privileged’ when I got a little older. No, not this oppressive ‘white privilege’ that gets thrown around today.

I felt privileged that I could work my way through university. That someone would pay me to paint houses all summer, or shuffle papers, or plant trees, and I could take that money and go to a place where I was able to spend 5 years reading, and discussing things, and writing crappy essays.

The electricity worked, we were warm in the winter, I could buy a hot coffee and take it with me to class. I lived in a dark basement apartment where it was quiet, and I could afford to eat pasta and sauce from a tin. I could borrow whatever books I wanted from a massive library, too.

Sure, some kids had more than me at uni. Especially the ambassador’s kids, and the rich kids from Hong Kong who had their own cars. But I never saw any reason to believe their having more harmed me.

No one was shooting at us or bombing us, either, and I didn’t have to do military service because others were volunteering to protect our country, like my grandfather’s generation had done before me.

I had one grandfather who died in the Second World War, but I was lucky enough to be able to talk with other men from my hometown who made it back. They had incredible stories to share of actual hardship. And they fought real Nazis, not “people who offend by disagreeing with woke ideology”.

I only remember feeling a sense of shame once in those years. No, not some vague sense of postcolonial guilt for something that happened in the past. I don’t feel the least bit responsible for bad things that happened generations before I was born, any more than I would blame current German children for the Holocaust.

The shame I felt was for laughing at a guy who swept the floors at the place I was working. I’d landed a job with the federal summer student program in my first summer at uni, and I was shuffling paper in a government office.

I ate a packed lunch in the basement cafeteria on most days with another summer student. And we got laughing at this janitor who kept losing money in one of the vending machines because he kept putting his coins in and opening the same empty compartment over and over. There was something silly about it.

Well, that guy noticed us sitting in the corner one day, and he came over and asked if we were students. When we said yes, he pulled out a chair and sat with us.

It turned out that he’d been a teacher in Nicaragua. He escaped the Sandinista dystopia, and was sweeping floors in a government office in Canada, working his way back up.

I came back late from lunch that day, and on other days too. I was listening to his story. And I felt ashamed that I was a student, and yet I knew nothing about his country or what he’d escaped from.

I went to Nicaragua years later, and spent weeks traveling the country by bus, and I thought about that guy many times on my journey.

That reminds me of another immigrant family I knew during my university years. I was trying to sublet an apartment so I could get out of a contract with a roommate I hated sharing a flat with, and this family answered the ad.

They’d just come to Canada from war-torn Yugoslavia. He’d been a computer scientist of some repute, and she was a lawyer, but they left the devastation of Sarajevo with their child and not much else. I remember he didn’t have enough money for the deposit, so we went to a cash machine and I gave him the balance.

When he asked how he could pay me back, I said, “Just buy me a beer when you’re settled in.” It was only twenty bucks, and besides, he did me a favour by taking that apartment off my hands. He took some old furniture I was happy to pass along, too, and some old toys that had been collecting dust at my parent’s place.

I remember they called me weeks later, once they’d settled in, and invited me and my girlfriend over for dinner. They’d made us a feast of dishes from Yugoslavia, and we sat there for hours looking at a photo book of their country. I never forgot the beauty of that Adriatic coastline.

He was Croatian and his wife was Serbian. Their country was torn apart by ethnic grievances, as friends turned on friends and neighbours killed neighbours over ethnic nationalisms that no one bothered much about in the years before the conflict. The sort of race and class based grievances the ‘woke’ are dividing us with right now.

I lost contact with that family after I left university. But I made several trips to their country — now countries — years later, and saw the places where they came from. I thought of them often on that trip.

Those spoiled #cancelCanadaDay twats with their Grievance Studies degrees should really spend some time talking with immigrants like these, and visiting the terrible places they came from. Virtue signalling is easy when you have nothing to lose and smug self-satisfaction to gain.

The Canada we live in has its share of jerks and bigots, but they certainly aren’t in the majority by any possible stretch of the imagination. And the country is not uniquely racist / transphobic / xenophobic / hate-filled and/or the most oppressive society that’s ever existed.

As far as I could see, things were getting better and better — at least until this hate-filled cry-bully woke cancel culture came along and started making everything about inherited traits that are dished out randomly by some genetic lottery.

The small town Canada I grew up in was a place where we judged people based on their character, not on which identity group they claimed to belong to.

I don’t care what someone’s sexual preference is, or what they like to do to get off (unless we have interests in common, in which case, call me…).

I’ve never cared whether my boss was a woman or a man. Only that she or he was competent.

And I’ve never cared what ‘race’ anyone is, either, apart from being curious about other cultures. That curiosity prompted me to study anthropology at school, and to become a traveler.

I’m in favour of equality of opportunity. Helping people who need a legitimate lift up. Free health care for those who are sick. And a society where people aren’t cancelled or called a Nazi for having an opinion that disagrees with far left dogma.

After experiencing close to 80 countries — many of them Communist states, or nations that suffered decades of communist dystopia — I can say without hesitation that Canada is just about the best place I can think of to have grown up in, and to live in.

To those who feel that #cancelCanadaDay is the best way to signal how uniquely virtuous you are, I invite you to stick your hashtag up your ass.

If that sounds uncomfortable, you may want to take a day off of bitching and try a little gratitude instead.

To everyone else, Happy Canada Day. It’s a good day to remember how truly fortunate we are.

I’m raising a nice cold caesar your way — that and a glass of rye.