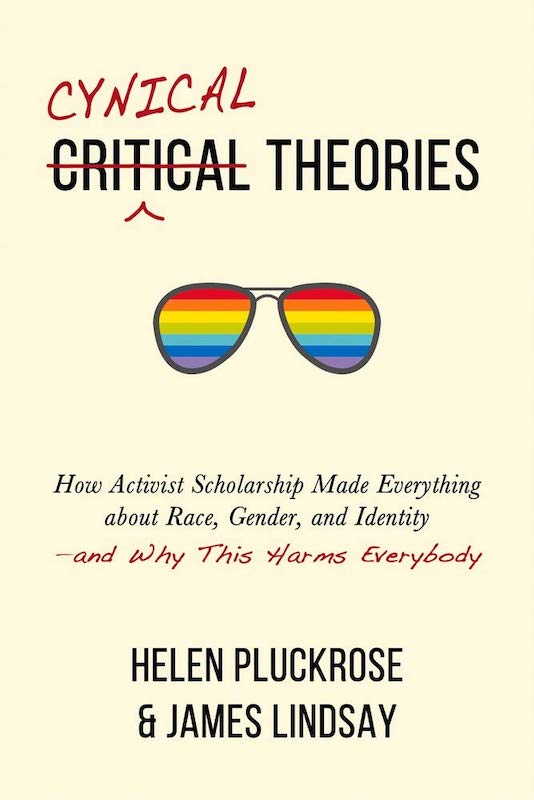 This new book by Helen Pluckrose and James Lindsay is essential reading for anyone struggling to make sense of the self-contradictory ‘woke’ ideology that’s spread divisive cancel culture like a mind virus through our workplaces, public policy and social lives.

The authors have done an admirable job of tracing the development of these ideas, from the early insights of postmodern scholars with their kernel of truth, to critical theory, and finally to Social Justice activism that sees invisible power structures and hidden oppression as unquestionable Truth.

With each iteration, the various ‘studies’ drifted further and further from empirical reality — but that doesn’t matter, because Theory doesn’t recognize empirical truth. It’s just a ‘white, Western, male construct’. Their Truth is whatever the most oppressed identity group says it is.

This is an obvious problem.

If someone is going to claim that the country I grew up in, Canada, is systemically racist — not just that racist assholes exist, but that the entire structure of the country, from our laws, our educational institutions, our news and entertainment media, and our economy, are deliberately designed to discriminate against ‘non-white’ people, then they’re going to have to provide some sort of verifiable evidence to make such a tall claim.

It isn’t enough to say someone felt ‘unsafe’ or emotionally upset. But we’ve been asked — and even bullied — to accept such claims on faith.

Asking these ‘scholars’ to provide evidence or backing for Theory — to discuss it in the marketplace of ideas — is interpreted as a power grab, thus proving Theory true.

The only acceptable alternative, according to that same Theory, is to confess your endless litany of biases, privileges and racism (hidden or invisible, real or imaginary), or keep filling your head with this stuff until you do.

It’s a collective insanity of competing oppressions that robs individuals of agency by turning everyone into a victim or oppressor.

Critical theory began in ethereal realms of literary theory and the social sciences, but it has made its relentless way into math and the physical sciences, and spread outwards into the everyday world.

If this doesn’t seem threatening to you, ask yourself if you would trust your life to a bridge built by an engineer who doesn’t recognize mathematics because it’s a racist white Western construct.

This book is highly recommended for anyone struggling to understand how making everything about race is supposed to end racism — and how we went from judging people based on the content of their character rather than superficial inherited characteristics to assuming racism is present everywhere, always, forever.

Critical Race Theory does not recognize complex causes for social problems. Instead, the only question which must be asked — ad nauseam — is “How did racism manifest in this interaction?” Not ‘did it’, but ‘how’. Keep digging until you find something you can indict.

Granted, it might be difficult to uncover racism, sexism, and other forms of oppression in situations where they don’t exist. But don’t worry, they’re there anyway. You just need to be trained in Theory to see them.

They’ve created an entire arsenal of invisible transgressions for the Theorist to draw on, from ‘microagressions’ to ‘dog whistles’. Your compliance is demanded. Your guilt is assured.

I struggle to comprehend how any of this stuff does anything except turn people against one another. And that’s a shame, because the world is a fascinating place, full of interesting people and cultures who see things differently from us.

We’re better off forming real connections with others through travel than stoking the fires of hatred, entitlement and resentment with this mental poison.

This book is high recommended for anyone struggling to understand how words could be interpreted as actual violence, justifying the most extreme censorship to protect against hurt feelings and feeling offended.

I’d rather read more great writers from more cultures than ‘decolonize’ the Western canon of the wonderful works of the past simply because something was written by a person with white skin or male genitalia. I fail to see how demanding mass literary culls based on so-called ‘whiteness’ is anything but another form of racism — and we need more racism in this world like we need 43 arseholes.

Finally, this book is highly recommended for anyone who is profoundly uncomfortable with the idea that to disagree with someone is a form of oppression, and an act of dominance.

It’s impossible to live together in a peaceful society — or a family, for that matter — if we can’t discuss difficult topics in a quest for mutual understanding.

To quote the authors of this very important book, “By seeking to divide humans into marginalized identity groups and their oppressors, Social Justice risks fuelling our worst tendencies—our tribalism and vengefulness.”

Pluckrose and Lindsay are optimistic that our society can find its way out of this collective madness and back to a place where ‘diversity’ refers to a diversity of ideas, and not just to a prescribed list of identity group quotas.

I’m not so sure. It looks to me like this will have to burn itself out first.

Critical Theory contains the seeds of its own destruction, but it’ll involve all these competing identity groups turning on each other, just as the leaders of the French revolution and the Bolsheviks were taken down by their own guillotines and gulags.

Get your copy of Cynical Theories here ==> buy the book