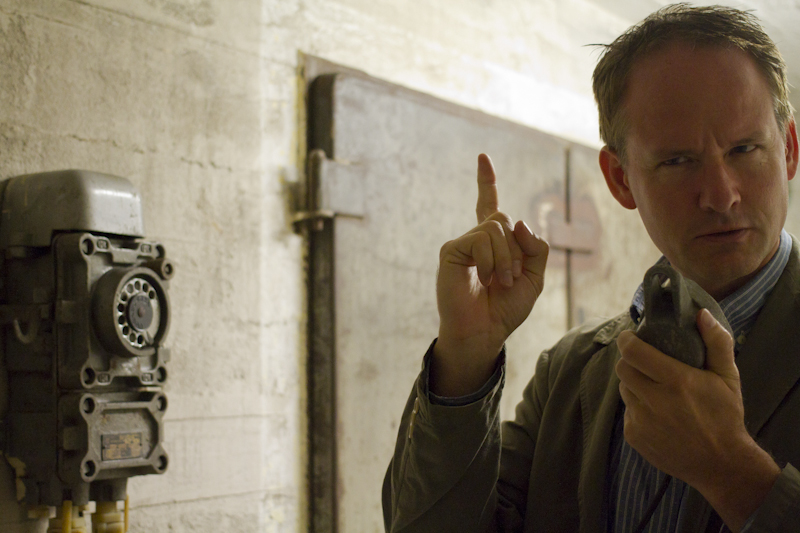 One of my old friends is going native.

I went to the beach with her and her sister long before kindergarten was on the horizon, and we attended the same high school in our tiny hometown.

You can imagine my dismay when I sent my fellow Deutschland expat an article I’d seen, called How to Avoid Getting Scolded by a German.

“I’ve been scolded many times, but even worse — I’m turning into a scolder myself.”

I couldn’t believe what I was reading.

She went on to confess that her pedantry emerges most often near the recycling bins.

“’Pfand gehört daneben!’ is my favourite thing to shout!” she said, adding a German exclamation mark for emphasis. “Especially because the older Klugscheißer will always shout at you for putting your bottles or cans next to the bin.”

All I could say in return was, “Nein!”

“But please, for the love of cheese curd and chocolate chips, DO NOT go native in that way!”

You see, Germany is a place where total strangers think nothing of “correcting” you if you unwittingly transgress a social norm.

I think my life in Berlin has been a series of near-scoldings — but I look really mean, even by Berlin standards, so most pass by without trying to “educate” me.

I was once scolded by a pathetic little man on a moped because I slowed down, looked both ways and continued through a T-junction despite a red light.

I was on the bike path. No pedestrians were crossing the street, and no cars could possibly be inconvenienced because I was on the side that passed straight through with no intersection.

Unfortunately, my flagrant disregard of the rules caused enormous offence to this completely uninvolved stranger. Who was I to make my own decisions when an inanimate machine was clearly telling me not to?

The guy actually waited for the light to change and rode up beside me so he could give me a piece of his mind.

Let’s be honest. A man would be beaten up in Prescott for riding a prissy little moped like that.

But I didn’t stop to give him a thrashing. No, I simply shot the self-righteous busybody a glare that would whither crops. He stopped the pedantic lecture and fled for his life.

Total strangers aren’t the only ones who offer ‘helpful’ corrections around here.

I was also nearly scolded for wishing my neighbour Happy Birthday two hours before the clock struck midnight.

She actually put her hand over my mouth in a panic to stop me from blurting it out. I suspect every guest in their flat would have turned on me and tore me apart had I uttered my heartfelt congratulations too soon.

My scolding-enthused hometown friend had a similar experience.

“We had my son’s 4th birthday party three days before his actual birthday,” she told me. “We were going on summer holiday, you know? When other parents found out, a lot threatened to boycott.”

Rest assured, dear reader, that I will never become a pedant who corrects total strangers for breaking some minor rule.

The closest I come to scolding others is when I buzz oblivious tourists who stray onto the bike path near Potsdamer Platz.

Sometimes I give one short, sharp ring on the bell when I’m nearly upon them. But other times I just skim their elbows at speed.

I like to see if I can ruffle the edge of a jacket as I breeze by. And I take great satisfaction when I hear them scream.

Scolding strangers — and being scolded by them — isn’t the only place where my innate tendency to opposition has clashed with the way things are done here.

I’ve also been made extremely uneasy due to differences in personal space.

You see, the Germans have a very different concept of ‘comfortable distance’ from that of your humble narrator.

I like to be at least an arm’s length away from the person I’m talking to — or preferably, just a bit more than the length of their leg.

It’s not just because I don’t want anyone to be able to hit me without having to close the distance, though that is of course part of it.

They always look perplexed when I get up and move.

I think this behaviour may have something to do with German efficiency. We should fill the space in an orderly way. And if only 10 people show up for the screening — because I waited for weeks to see the film near the end, so I could have a little elbow room — well, we should cluster together anyway because that’s how we’re supposed to sit in cinemas.

I announce to the world right here on my blog that I refuse.

And don’t think I’ll cringe into conformity in the face of scolding, either.

No, I’ll just play stupid and pretend I don’t understand what you’re saying.

It should come as no surprise that this has already happened to me. I was attending Reporters Without Borders Press Freedom Awards here in Berlin, where my friend Caroline was receiving that year’s prize for Independence.

I found a row without many people, and I sat near the middle, leaving an empty seat on either side.

The auditorium slowly filled, but there was still plenty of space when I spotted an old lady shuffling my way with grim determination.

She looked at the empty place on either side of me, muttered something about, “Someone may want to sit there”, and promptly wedged herself in.

Look, Hortense. If a couple arrived and needed two seats, I would happily move over. I’m not a monster. But why should I cram in shoulder to shoulder and knee to knee with others when there’s still plenty of room?

Grocery stores are the worst when it comes to violating personal space.

I haven’t figured out why this is, but Germans queue so closely behind you it feels like the prelude to prison rape.

I can’t count how many times I’ve been standing in line at Rewe and felt someone breathing down the back of my neck, or felt a trolly nudge up against the back of my knees.

My strategy at such times is to appear preoccupied and turn to look around — with a sharp elbow accidentally planted in their ribs.

I’ve spoken to my barber about this unwanted physical intimacy — or ‘Space Rape’, as I’ve come to think of it.

He’s Welsh, with a German girlfriend.

“It’s true,” he said. “It hadn’t thought of it before, but my personal space is a foot wider than hers.”

“I’m Canadian,” I said. “My personal space is over there by that wall.”

But even if someone violates that space, I will never — ever — lecture them about it.

Speaking of lecturing, the most unfortunate incident of “public correction” took place at a concert.

We went to see Aimee Mann in Prenzlauer Berg. She was on a European tour, with several stops in Germany. Her guitarist had gone to the trouble to introduce every song they played in German.

He occasionally had to use his phone for help, but not often. It was an impressive effort, and one that would touch most audiences.

Unfortunately, he made a mistake near the end of the show, some two dozen songs in.

He inadvertently said ‘die’ instead of ‘das’, and some pedant in the crowd piped up and corrected him.

I watched closely as his face registered surprise, and then dismay. He sagged visibly at that point and tried to laugh it off, but he left the stage a broken man.

I don’t think the pedant meant to discourage this musician in public. I’m sure he appreciated the effort. It’s just that he couldn’t help himself.

He heard a mistake, and it had to be corrected no matter what. Only when the world had been set back in order could his rigid mind regain equilibrium.

I try to remember this anytime a total stranger offers me an uninvited correction — before scowling at them and walking away.

Disclaimer: I take great delight in cultural clashes, especially cases where my own confusion leads to comedy. I felt I should add this lest my more literal-minded readers think I don’t enjoy living here. I’d hate to be scolded by a self-righteous foreigner.