I was in Barbados for work a couple weeks ago. We had meetings of course, but most of the time we sat on the terrance of our rented villa, with laptops open next to a windswept view of the sea. 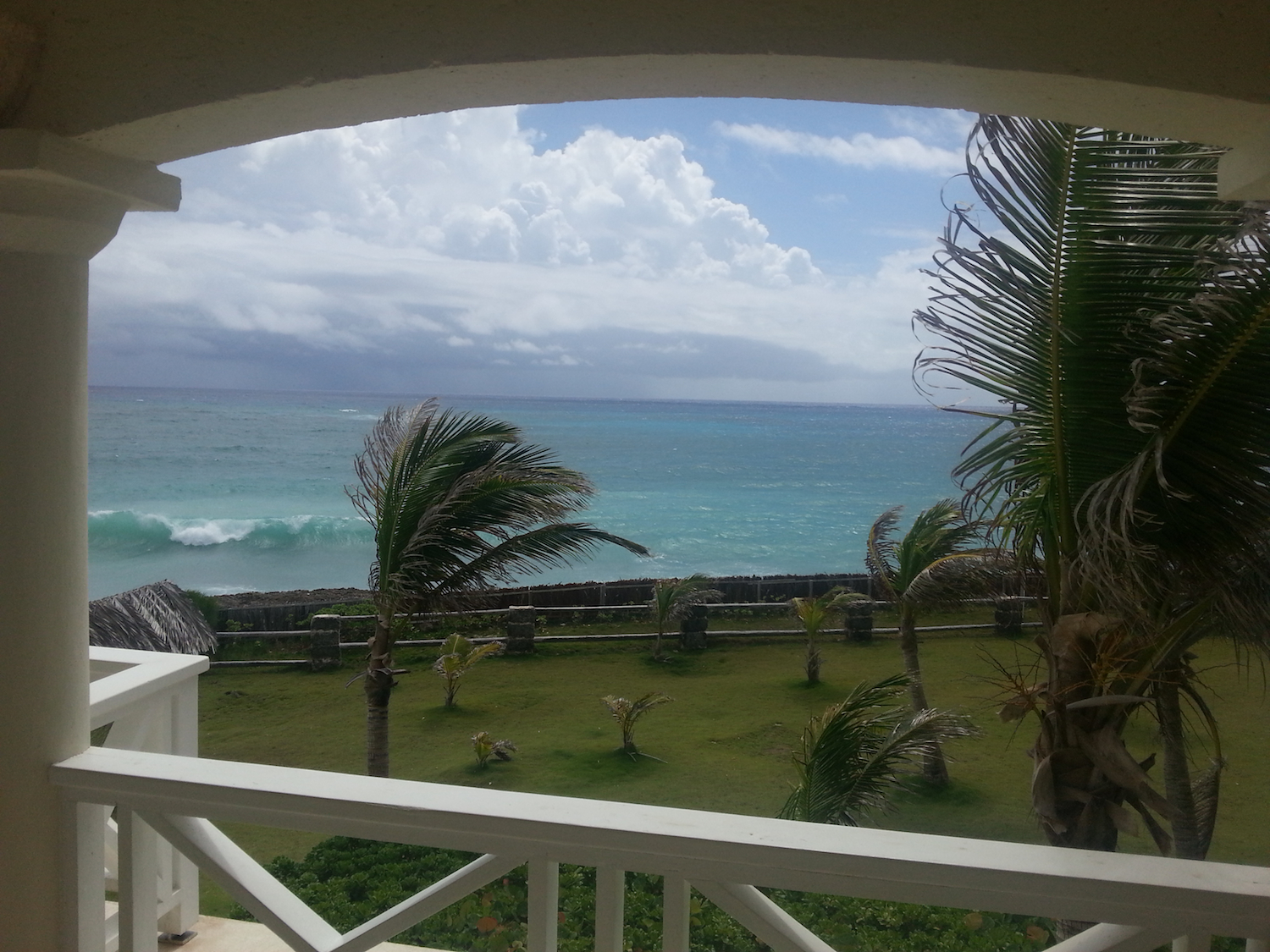 I didn’t have much opportunity to check out the island. But I did make time to taste some rum.

It could be said that rum is Barbados’s legacy to the world.

Barbados saw some of the earliest development of plantation culture in the West Indies. And tradition suggests that rum originated there as well, when plantation slaves discovered that molasses — an unwanted byproduct of sugar refining — could be fermented into alcohol.

The trick caught on, and soon nearly all the islands in the Caribbean were making their own variation of this cheap and easy to produce spirit.

The first rums likely tasted a lot like paint stripper. And they probably had a similar effect on one’s innards. But the technique was perfected over many decades, to the point where aged rums are now being produced to be sipped neat, preferably from a brandy glass.

I wanted to explore that grand tradition of rum for myself. 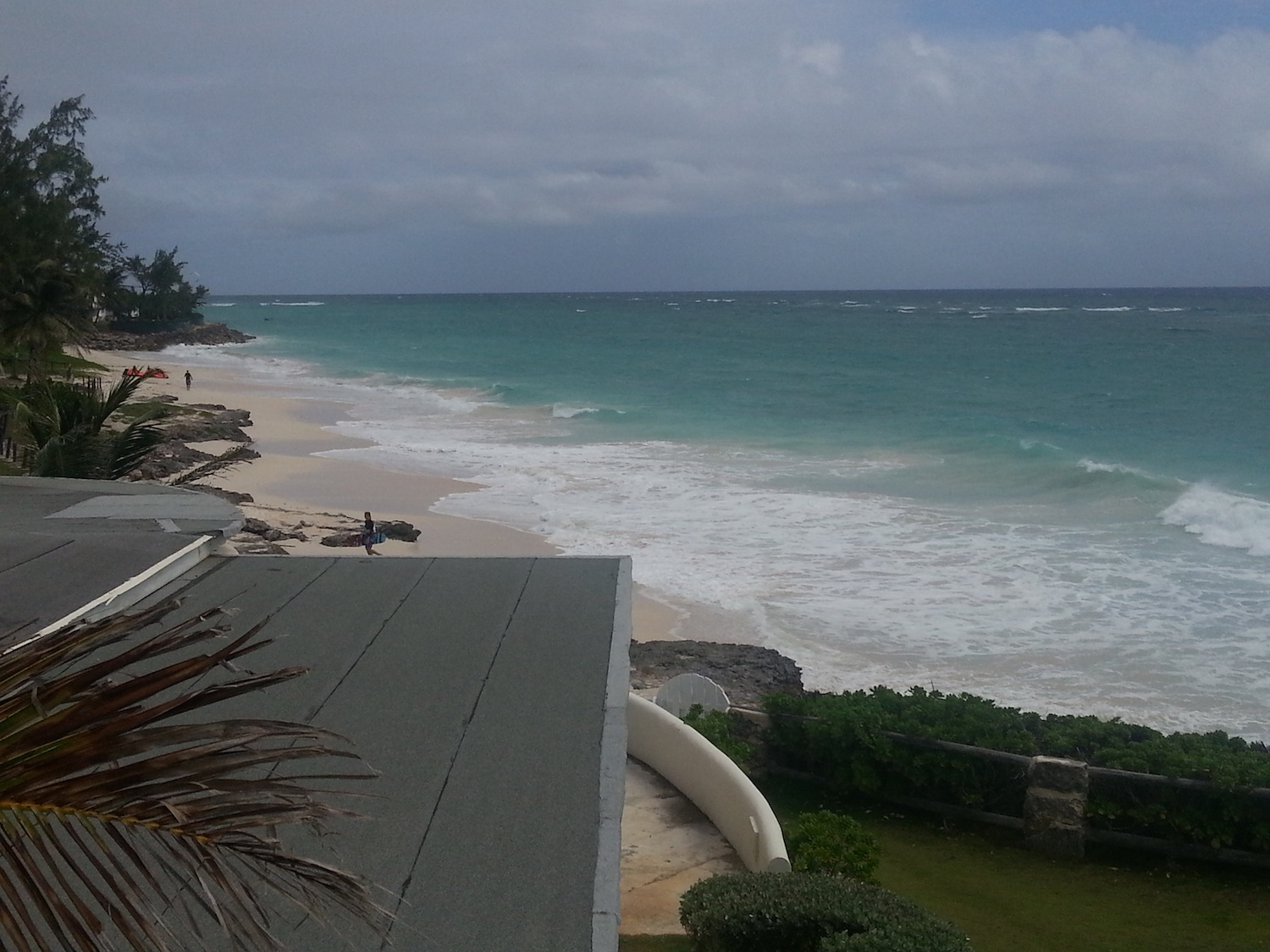 When the week’s work was finished, my business partner and I drove over to Bridgetown to take the obligatory tour of Mount Gay.

Mount Gay claims to be the world’s oldest remaining rum brand, with the earliest confirmed deed dating to 1703. Unfortunately, the tour was just of the bottling factory, followed by a video. Mount Gay’s production is spread all over the island, with cane fields, fermentation, distillation and aging each in their own separate area. None of those sites was open to the public.

That was a bit of a disappointment, of course. But tasting several of their products — Mount Gay Eclipse, Eclipse Black, and Extra Old — made up for it.

I enjoyed my fair share of Extra Old at a rum shop with colleagues the night before. And so I brought home a bottle of the distillery’s oldest and best: Mount Gay 1703.

1703 is a blend of 10 to 30 year old rums, aged in former bourbon casks. It’s complex taste has earned it a place on my bar, right next to the cognacs and armagnacs. Sipping it from a snifter reveals hints of caramel, spice, and dried fruit, all of which melt into a mellow, lingering finish. Enjoy it on humid nights on the terrace overlooking a Caribbean view — after a good Bajan meal of flying fish and mac and cheese, of course.

My other tasting adventure took me to the far north of the island and St. Nicholas Abbey.

The property is one of the last surviving plantation great houses, dating back to the 17th century. And the rum is hand crafted using traditional pot still methods, rather than the mass production seen at other distilleries.

The result is a delicate aged spirit matured in bourbon oak barrels, cooled by the tradewinds that blow over the highlands. It’s nearly impossible to find this rum outside of Barbados. And so I had to carry a bottle or two away.

Unfortunately, I arrived too late to tour the grounds. They closed early that day, and the staff was preparing to host a gala evening, part of the annual Barbados Food & Wine show. But because I’d barged in and made it all the way to the tasting room, they poured me a few samples and looked the other way while I explored the distilling section on my way out.

I purchased their best 12 Year Old, hand-bottled straight from the barrel (unblended) into a lovely glass decanter, which a pretty island girl engraved with “From the Private Reserve of Ryan Murdock”.

She warned me not to tell anyone I had this rum in the house, because I would suddenly acquire a lot of new friends. 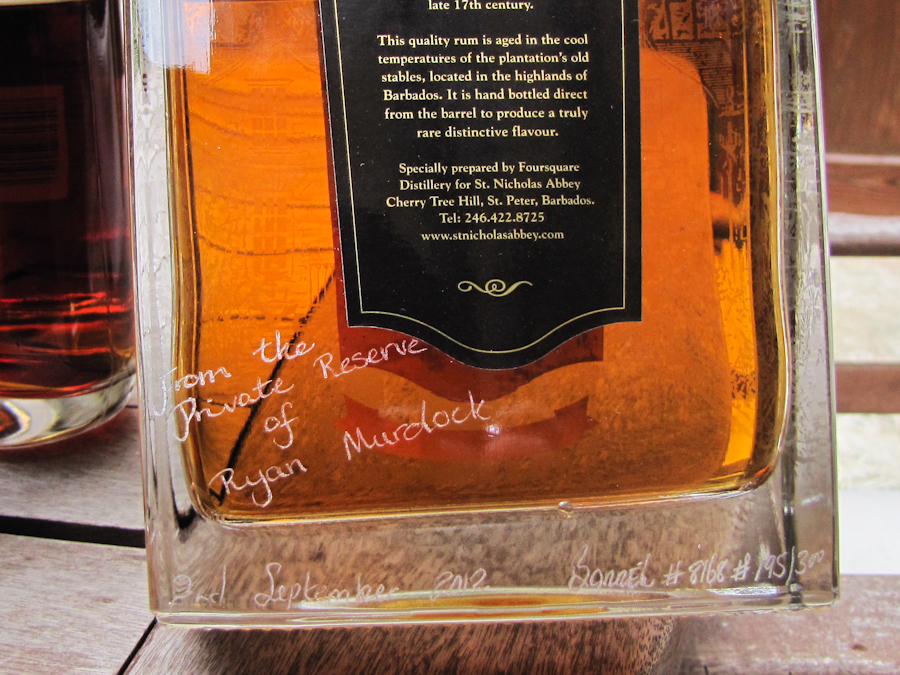 When you pull the mahogany cork on St. Nicholas Abbey 12 Year Old, it caresses your nose like a genie released from a lamp. It is deep and rich, like well aged leather, with hints of vanilla and nutmeg. And it slides over the tongue to a long, dry caramel finish. This one is a masterpiece of the distiller’s art.

I have to admit, it wasn’t entirely unexpected. I’d anticipated greatness in a rum of this calibre.

The true surprise of the day was St Nicholas Abbey White Rum.

I didn’t expect much when the girl poured out a measure for me to taste. After all, white rum is pretty run of the mill, meant to blend seamlessly into cocktails made with fruit juice or coconut, rather than to be sipped on its own.

But I knew this one was different from the moment I held the glass beneath my nose. I let out a yelp and straightened my desk worker’s back. The scent was floral rather than medicinal. And it tasted like vanilla on the palate, with hints of mango and banana and a nice peppery finish. It was unlike any other white rum I’ve ever tasted.

“It’s because we make it from cane syrup rather than molasses,” the shop girl told me. “You can taste more of the essence of the sugarcane.”

I hadn’t intended to bring home a white rum. But this deserved a place on my bar as something quite unique in the world of rum. It’s a delight to sip neat, and it brings the sweet sugarcane taste of the Indies to any lime based cocktail, like a daiquiri or rum punch.

My bag was much heavier when I left Barbados than it was when I arrived. And I’m not ashamed to admit that it rattled like a cart in a distillery. 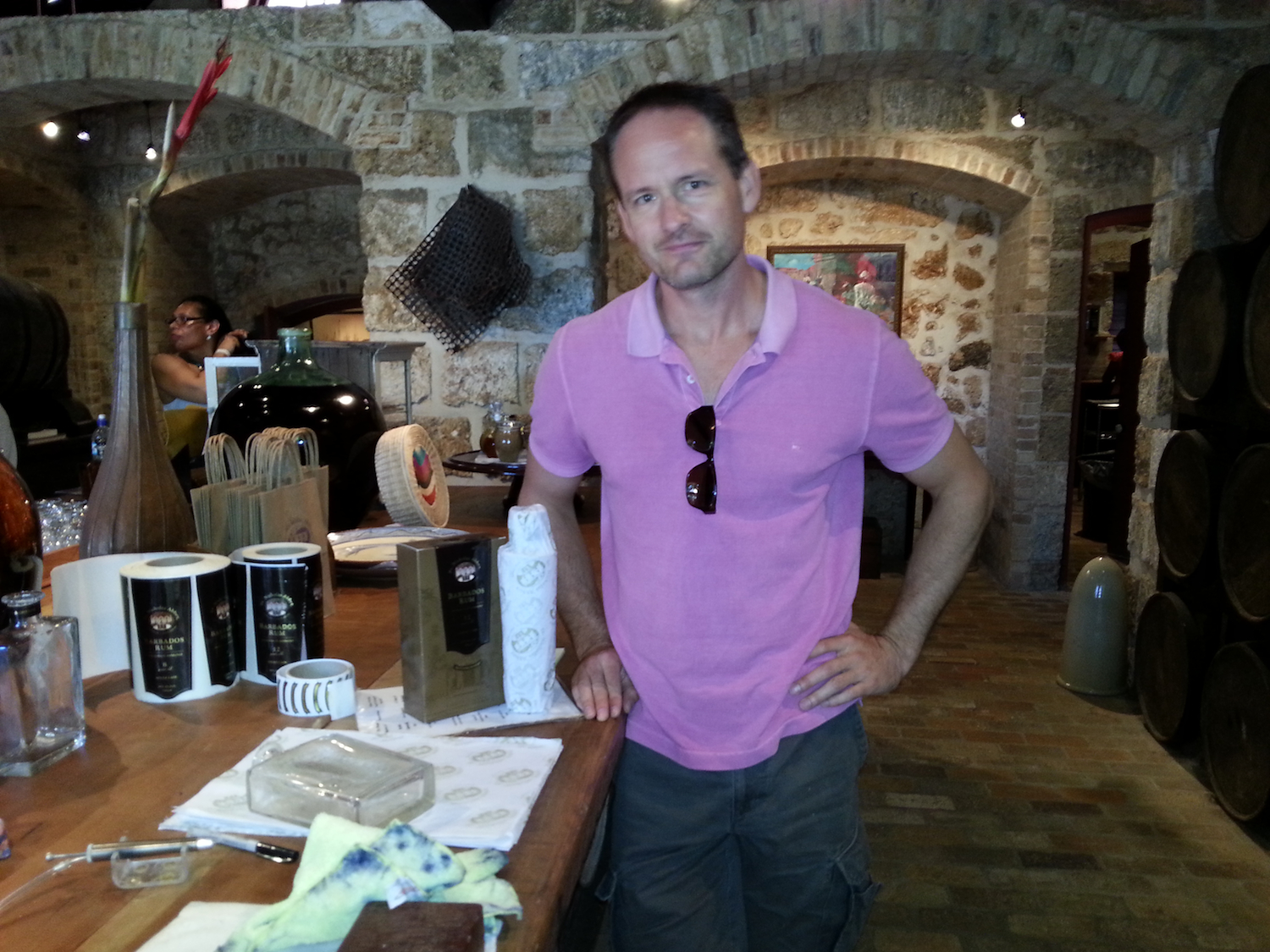